In today’s episode we’ll be looking at nanorobotics from the hardware side to the control. In particular, we’ll be talking to one of the most renowned world leaders in the field, Ari Requicha from the University of Southern California. Our second guest, Grégory Mermoud, is a senior PhD student at the Distributed Intelligent Systems and Algorithms Lab at the EPFL, and a rising expert in the field of distributed nanosystems. 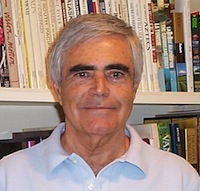 Ari Requicha is the founder of the Laboratory for Molecular Robotics (LMR) at the University of Southern California which is a an interdisciplinary center whose ultimate goal is to control the structure of matter at the molecular scale. For the past 20 years, his research has been aimed at pushing the limits of the infinitely small, by developing systems for manipulating and automatically assembling nanoscale objects using Atomic Force Microscopes (AFMs). The ultimate goal is to design components such as nanosensors and nanoactuators for the nanoscale robots of the future.

However, a single nanorobot won’t be nearly enough to achieve any real-world application, such as monitoring your body for harmful bacteria. Therefor, Requicha is investigating algorithms for programming self-assembling and self-repairing distributed systems composed of large numbers of nanorobots.

In this interview, he gives us an expert’s overview of the field, from his perspective as editor-in-chief of IEEE Transactions on Nanotechnology and tells us about the future of molecular manufacturing and nanorobots. 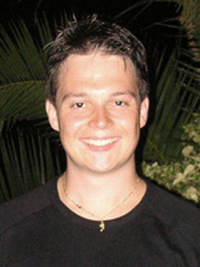 Grégory Mermoud is a PhD student at the Distributed Intelligent Systems and Algorithms Lab at the EPFL, Switzerland. Mermoud’s research focuses on developing efficient and original methodologies for modeling and engineering self-organization and self-assembly of a broad range of systems from distributed robotics, micro/nanosystems, chemical systems, to intelligent agents.

During his interview, Grégory Mermoud gives us his views on the remaining challenges in the domain. Based on his ongoing research experience, he talks about which specific problems have to be studied in more depth in order to lead to potential breakthrough applications for nanorobotics.

Latest News:
For more information on this the centipede microrobot and the autonomous helicopter navigation system, have a look at the Robots Podcast Forum!