The European Robotics Week 2013 featured 334 robotics related events in 24 countries and attracted more than 55’000 participants spanning all ages. To give us a snapshot of the event, we talk to three organizers of robotics activities including Fiorella Operto in Italy, Roko Tschakarow in Germany, and Douwe Dresscher in the Netherlands. 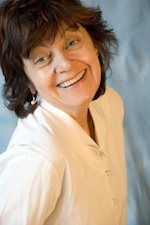 Fiorealla Operto is National Coordinator of the EU Robotics Week in Italy and president of the School of Robotics. As an expert in science dissemination and popularization, she tells us about using robots to get kids excited about engineering, their ability to address questions in roboethics, the impact of creativity and theater, and programs such as “Roberta, Girls Discover Robots”.

Douwe Dresscher is a graduate student at the University of Twente in Robotics and Mechatronics. He tells us about the “kids corner” he organized during the EU Robotics Week that involved parking parents in a waiting room while their children were allowed to play and interact with a range of robots from his laboratory including a Nao, a spider robot, and a robot arm. He also tells us what inspires him to communicate about robotics and his research on dike inspection robots. 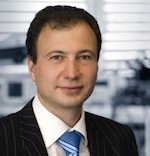 Roko Tschakarow is Business Director of Mobile Gripping Systems at SCHUNK, one of the largest manufacturers for automation components, toolholders and workholding equipment. SCHUNK organized a robotics challenge for local high-school students during the EU Robotics week. The goal was to design a LEGO robot that could localize and navigate towards a goal, or pick-up and transport an object. He tells us about the excitement generated, and their hope to inspire future generations of roboticists.


Robot Lab Live at the UK Festival of Robotics 2021 #RobotFest
Call for keynote speakers at the first Reddit Robotics Showcase (RRS2021)
Robotics trends at #CES2021
International conference on intelligent robots and systems (IROS)
Online events to look out for on Ada Lovelace Day 2020
more about Events..
comments powered by Disqus