Green shares his view on how the focus within the robotics community differs in different parts of the world, and what impact public funding has on this. According to him, it is not technology but people that hold development up at the moment. We also hear about some success stories, that show how robotics make a difference in people’s lives. 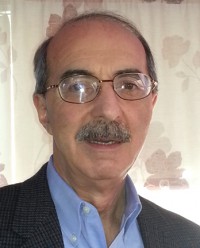 Tom Green is the Editor in chief of the Robotics Business Review, a global robotics news and information resource headquartered in metro Boston (USA).

He is also an Emmy-nominated, award-winning writer, producer and playwrighter who utilizes online editorial and video content to report on and produce programs on science, technology and engineering. Green wrote and produced the forum-based TV pilot “Lifelines” for a local Boston network. His stage plays have been produced at Boston’s Next Move Theater and then reproduced as radio plays for National Public Radio.