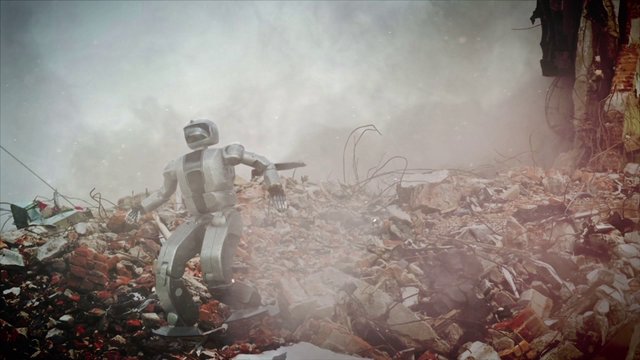 In this episode, Sabine Hauert interviews Paul Oh, the Director of the Drexel Autonomous Systems Lab at Drexel University. His team, spanning 10 universities, is competing in the DARPA Robotics Challenge (DRC) with the HUBO humanoid made by KAIST in South Korea. The goal of the challenge is to design robots capable of assisting humans in responding to natural and man-made disasters. Trials will take place next week in Florida from December 20-21 and will require robots to drive a vehicle, walk over rough terrain, clear debris, open doors, use a hand tool to break through a wall, climb a ladder, turn a valve, and finally drag a hose and connect it to pipes. The 7 HUBO robots on Oh’s team will be competing against sixteen other teams from around the world to determine which teams continues on to the DRC Finals in 2014 with continued DARPA funding. Competing in the 2014 Finals will lead to one team winning a $2 million prize.

The video below shows Oh’s vision for robot-enabled disaster response in 2020. You can find more videos of the HUBO working on tasks for the trials here.

Paul Oh is a Full Professor at Drexel’s Mechanical Engineering Department, Affiliated Faculty in the ECE Department, and Director of the Drexel Autonomous Systems Lab (DASL). He received mechanical engineering degrees from McGill (B.Eng 1989), Seoul National (M.Sc 1992), and Columbia (PhD 1999). Honors include faculty fellowships at NASA Jet Propulsion Lab (2002), Naval Research Lab (2003), the NSF CAREER award (2004), the SAE Ralph Teetor Award for Engineering Education Excellence (2005) and being named a Boeing Welliver Fellow (2006). He is also the Founding Chair of the IEEE Technical Committee on Aerial Robotics and UAVs. From 2008-2010, he served at the National Science Foundation (NSF) as the Program Director managing the robotics research portfolio. Paul Oh was named ASME Fellow in 2011.
Links: