The future of artificial intelligence with Kristinn R. Thórisson and Wendelin Reich

In this episode we stray into the realm of artificial intelligence, what it means, its early beginnings and where it may be going in the future. We speak with Kristinn R. Thórisson from Reykjavik University in Iceland who’s been involved in the AI scene for the last 20 years. He tells us about some of the great advances, but also some of the disappointments in the field, and where he thinks AI will be used in the near future. We then attempt a closing definition on the question “What is a Robot?” with Prof. Wendelin Reich from the Swedish Collegium for Advanced Study at Uppsala University, Sweden. 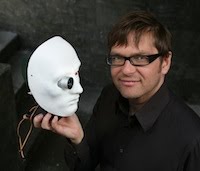 Kristinn R. Thórisson is Associate Professor, School of Computer Science, Reykjavik University in Iceland. After completing his doctoral studies at the famous MIT Media Lab, Thórisson has gone on to found several companies specialising in AI as well as two separate AI labs in Iceland (CADIA and IIIM). Thorisson leads us on a guided tour of AI since it’s inception in the 50s, through ages of promise and darkness, to where it’s at right now. He also talks about his own research into constructivist AI and where he hopes to see AI in the future, from wide-ranging fields such as simulation or even governance at a national scale. 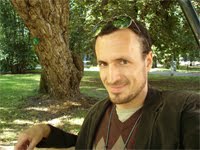 This week we received an excellent “Robot” definition from Wendelin Reich who is professor in social psychology at the Swedish Collegium for Advanced Study at Uppsala University, Sweden.

A robot is an artificial, physically embodied ‘agent tool’. In other words, a thing that a large number of people call a ‘robot’ tends to satisfy the following criteria:

(1) It can be described as an ‘agent’ [more precisely put: it displays the typical properties of objects which we humans, and other animals, were evolutionarily designed to view as agents: self-propelled motion; goal-orientation; instrumental rationality etc.*];

(2) it is a physical object [as opposed to a virtual agent etc.];

(3) it has been constructed by someone else [humans or aliens, but not biological evolution];

(4) it fulfills a function for this someone [which makes it a ‘tool’];

(5) and it is, or is expected to be, under ultimate control by this someone [that is, a robot is autonomous only to the extent that we allow it to be so, and a ‘rogue robot’ is, by definition, an undesirable aberration].

At ROBOTS we’re pretty convinced with this definition and would like to know what you think! Therefore, we’ve started a discussion topic on our forum that you can use to debate this definition and all the other great ones we’ve received that are listed below. Sincere thanks to all the contributors who made this debate possible!

“A robot is a physical machine manipulated to automatically perform an undesirable work function that supports a desired human outcome.” Kevin Makice

“A reprogrammable, multifunctional manipulator designed to move material, parts, tools, or specialized devices through various programmed motions for the performance of a variety of tasks.” Robot Institute of America, 1979

“A robot is a physical apparatus designed to perform a specific function. Functional complexity varies greatly – from the simple repetitive task involving little or no embedded software, to a set of complex tasks requiring decisions to be made based on parameters sensed in real time. These tasks and decisions may involve cooperation with other robots and/or assistance from one or more humans either directly or remotely.”

“A robot is an intelligent machine that moves, reacts and interacts with its environment in an autonomous manner.” Pius Agius

“A robot is a machine with a very small and very powerful processor (and or sensing devices) with an equivalent powerful software program mounted on a strong flexible frame or chassis which out performs all present machine of its time in all parameters/categories (accuracy, easy to program or instruct/easy controls,intelligent,reliable)”

“I think a robot should have a certain amount of autonomy, or be preprogrammed enough to do some work by itself. If it’s completely remote controlled, it shouldn’t be called a robot. I’m bringing this up because it seems like there are a lot of machines being used in the military and by police to disarm bombs and such, which, from what I gather, are really just remote controlled. Am I right? They look like what we think robots should look like, because they have arms and they’re mobile. But my opinion is, if they can’t really do anything on their own, they shouldn’t be called robots!…”

As always, more information on this episode’s news including 100+ years Popular Science archives, Japan’s Kojiro anthropomimetic robot and the open-source Roomba-enhancing project Gåågle Bot can be found on the Robots Forum.