In this episode we sit down with Raffaello D’Andrea, professor at the Swiss Federal Institute of Technology in Zurich (ETHZ) and founding member of Kiva Systems, to speak about their Kiva robotic warehouse system. We then continue with the second quarter of Jack Graham’s sci-fi story, Selkies. 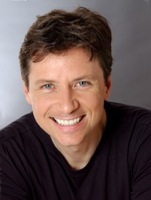 Prof. Raffaello D’Andrea is an expert in multi-robot systems, leading the Cornell Robot Soccer Team to four world championship wins at the international RoboCup competition. After ten years of assistant and then associate professorship at Cornell University, D’Andrea crossed the lake to take a position as full professor at ETHZ in Zurich.

Not satisfied with research however, D’Andrea has applied his knowledge to industry, and is co-founder and Engineering Fellow at Kiva Systems. He describes for us Kiva’s Mobile Fulfillment System, a revolutionary robotic warehouse concept that uses hundreds of mobile robots to fetch items for workers, increasing efficiency and looking really cool in the process!

Besides creating robots for research or industry, D’Andrea is also a creator of dynamic sculpture. His robotic art has appeared at various international venues, including the National Gallery of Canada and the Venice Biennale. In an attempt to spread his passion and get students thinking about robotics outside the laboratory, D’Andrea is teaching a project course at ETHZ in which students design and build a dynamic sculpture purely for public display.

Science Fiction author, Jack Graham from lonesomerobot.com treats us to the second quarter of his story “Selkies”. As a flash back, the first episode introduced roboticist Mangan, his sea-lion pet Cato and the team of seal-like robots called selkies which work in the depths of the ocean to clean up waste. In this episode, Jack, further pushes us into the ambiance of his futuristic world where unexpected visits and disappearing selkies create the intrigue.

More links and discussions on Cyberdyne’s exoskeleton, the fly-controlled robot and the new robots exhibited at CEATEC in the Robots Forum.


Swarms in Space
Fish-inspired soft robot survives a trip to the deepest part of the ocean
DNA-inspired ‘supercoiling’ fibres could make powerful artificial muscles for robots
Q&A: Vivienne Sze on crossing the hardware-software divide for efficient artificial intelligence
Meet the #NCCRWomen in robotics
more about ..
comments powered by Disqus