Eight years ago, Morgan Quigley, Eric Berger and Andrew Ng published a paper that was not about ROS. It was about STAIR, the STanford Artificial Intelligence Robot, which used a library called Switchyard to pass messages between software modules to perform complex manipulation tasks like stapler grasping. Switchyard was a purpose-built framework that was designed to be modular and robot-independent, and it was such a good idea that in 2009, “ROS: An Open-Source Robot Operating System” was presented at the IEEE International Conference on Robotics and Automation (ICRA) in Japan. As of this month, the paper introducing ROS has been cited 2,020 times, an increase of more than 50% over last year.

The popularity of one single paper is only a minor indicator of the popularity of the robot operating system that it introduced. At eight years old, ROS is growing faster than ever, and helping the robotics community to grow along with it. We’re especially excited to see how brand new startups have been taking advantage of the open source nature of ROS to help them develop useful, reliable robots that are creating entirely new markets. In 2015 alone, more than $150 million in VC funding (that we know of) was invested in businesses that use ROS.

Large, established companies have been taking more and more notice of ROS as well. At ROSCon this year, Fetch Robotics was joined as a platinum sponsor by Ubuntu, and a record number of gold sponsors included NVIDIA, Bosch, and Qualcomm and attendees from companies such as BMW, DJI, Intel and more. ROSCon 2015 was by far the largest conference we’ve ever had: it sold out weeks in advance. Clearly next year we’re going to have to find a much bigger venue to make room for more attendees, more speakers, and more exhibitors.

Taking a look at how much our community has grown this year, it’s easy to see why ROSCon has become so popular: it’s a reflection of the enthusiasm and engagement of the ROS user base. In May 2015 alone, nearly nine million ROS packages were downloaded from over 70,000 unique IP addresses, and these numbers don’t even count mirrors. This suggests that ROS probably has hundreds of thousands of active users. We also have a very robust developer community: 1,840 people have contributed to ROS’ 10 million lines of code, averaging 20 commits per day. The ROS wiki has gotten 10% bigger since last year, and there are over 11,000 users on ROS Answers, a 32% increase over last year, with a total of more than 5,000 questions answered. It’s numbers like these that make us so confident in the long term future of ROS.

Because of the nature of the ROS license, we actually don’t know how many users, robots, and developers there are utilizing ROS. Many of the numbers that we are citing throughout are likely to be much larger. For example, we specifically know of approximately 80 types of robots using ROS, but almost every day we hear about new ones. And not every company using ROS discloses so publicly, so our estimates on venture capital investment can be better characterized as lower bounds than estimates.

If you’re not part of the ROS community yet, there’s never been a better time to get involved. Even if you don’t have experience with robots or programming, there’s a wide variety of low-cost robots and helpful online tutorials that can get you started, and we’re also delighted to announce (just in time for the holidays!) that O’Reilly Media has published “Programming Robots with ROS: A Practical Introduction to the Robot Operating System,” by Morgan Quigley, Brian Gerkey, and Bill Smart, which will take you from zero to ROS expert in just 448 pages.

Learning ROS will allow you to do all kinds of cool stuff with more than 80 robotic platforms. You can choose from the capable, affordable TurtleBot, one of the many sophisticated humanoid robots that competed in the DARPA Robotics Challenge, or even NASA’s Robonaut, currently undergoing testing on the International Space Station. Robots powered by ROS are everywhere, and here are just a few of them:

For full frame clips see the long version of the montage.

Of course, we have no idea how many robots are actually running ROS, or how many people or companies are using it, because ROS is open source and completely free. We’re often surprised to learn that cutting edge robots that we’re already familiar with are powered by ROS, as when BMW announced at ROSCon that they’ve been using ROS in their autonomous cars for the past few years. We weren’t at all surprised to hear why BMW chose ROS for its autonomous driving research though: they appreciate its popularity, its stability and reliability based on a large user base, the fact that it makes it easy to collaborate, and its open source nature.

As the ROS community has grown, various special interest groups have organized to promote ROS for specific application domains. The ROS Industrial Consortium is one such group. ROS-I is a software library that builds on ROS and leverages its power and flexibility to control manufacturing automation equipment including industrial robot arms. It is supported by the 36-member organizations comprised of companies such as 3M, ABB, Boeing, Ford, Boeing, Siemens and more. Representatives from Boeing, Caterpillar, Yaskawa and more speak on behalf of ROS and ROS-I in this video.

2016 is poised to be the biggest year ever for ROS, and we’d like to highlight two things that are worth getting particularly excited about. The first is ROS 2.0, which we’ve been developing for the past few years. ROS 2 will support the growth of the ROS community by making it much easier to work with small embedded systems, teams of multiple robots, and robots that require real-time control. We’d also like to make sure you’re familiar with Robotics Fast Track (RFT), which is  a program that we’re working on with DARPA. It’s an easy way for you to get government funding for your awesome robotics ideas without having to give up any of your IP, and absolutely anyone can apply.

We write these anniversary posts to help give you a sense of how ROS has a whole has been doing over the past year, but we’d certainly encourage you to find out for yourself, by getting involved. Write or edit a Wiki page. Answer a question on ROS Answers. Come to ROSCon. And, when you’re ready, think about helping to maintain ROS itself, or even contributing a brand new ROS package. OSRF is doing great, but the long-term success of ROS depends on all of the incredibly awesome ROS users themselves. If you’re already an active part of the ROS community, we can’t thank you enough, and if you’re not, think about it: you can help ROS grow and thrive for eight more years, and beyond. 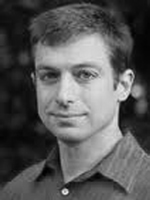