snickerdoodle: A brain for your robot snickerdoodle is a tiny, low-cost, flexible computer for building and controlling connected robots. Unlike other affordable platforms with limited I/O, snickerdoodle provides access to 154 reconfigurable I/O (plus 76 grounds) to be adapted to specific robotic applications – perfect for systems combining things like motor control, sensing, machine vision. Starting at $55, snickerdoodle is actively crowdfunding at Crowd Supply.

Wi-Fi and Bluetooth/BLE are built in and Snappy Ubuntu Core, ROS, and FreeRTOS/bare metal are fully supported.

snickerdoodle is for anyone developing a new terrestrial, airborne, or industrial system or experimenting with/adapting an old system ‘frankensteined’ together with some combination of Raspberry PI, Arduino, BeagleBone, with wireless dongles, shields, etc. High-level technical specifications for snickerdoodle (items in bold are upgradable):

snickerdoodle has iOS and Android apps for configuring I/O and loading community and private projects and can be programmed using Python, Java, and C/C++. Aimed specifically at robotics other tightly integrated mechatronic systems, instead of connectors bulky and heavy for Ethernet, USB, and HDMI, snickerdoodle has vertical pin 0.05” pitch pins/headers that can be plugged into directly using a housing/jumper kit $15). For access to 0.1” headers (270 pins), snickerdoodle’s connectors can be optionally flipped to the other side of the board for plugging into breakyBreaky ($25). Alternatively, plug snickerdoodle into piSmasher ($55) for HDMI in & out, Gigabit Ethernet, USB 2.0, and 68 reconfigurable I/O. Or you can always grab some extra connectors ($7) and build your own baseboard for prototyping or scaling up to building a couple more – or thousands of – robots. snickerdoodle is shipping to Alpha users in December (which is still accepting applications for the most noteworthy applications and developers) with production units shipping in March.
Pre-order yours today at Crowd Supply .

krtkl (“critical”) was founded in San Francisco in 2014. After several years and thousands of hours developing custom mechatronic and embedded control systems for a range of medical, industrial, and consumer technology companies, the team finally got so tired of the lack of an affordable and versatile tool for building robotic systems that they decided to just make one.

Driven to build something they, as engineers, would actually want to use – something that would make the robot builder’s life easier and that would eliminate design sacrifices resulting from using poorly conceived, underperforming, and overpriced tools.

Inspired by the idea of what might be possible if the blossoming community of makers, hobbyists, roboticists, and hardware enthusiasts could get their hands on advanced technologies that would normally be way out of their reach, the team ultimately developed a combination of hardware and software that truly levels the playing field. Bringing together professionals and hobbyists using one common platform has the unique potential to build a community of creators unlike any before it. 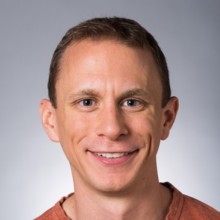