“Today, I’m calling for all of us to come together- private sector, industry, universities, and the government – to spark a renaissance in American manufacturing and help our manufacturers develop the cutting-edge tools they need to compete with anyone in the world… With these key investments, we can ensure that the United States remains a nation that ‘invents it here and manufactures it here’ and creates high-quality, good paying jobs for American workers.” 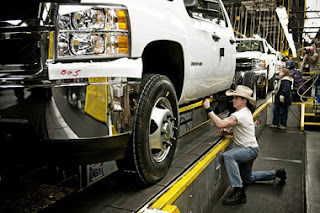 
What are the figures for robotics? What happens when a robot is deployed in a factory?

A noble sentiment on which to end this article… but one that can be achieved if we understand that we are all in this together… we are all stakeholders and beneficiaries.