Why businesses must get ready for the era of robotic things We’ve entered a period of epic technological transformation that is impacting society in ways that are leaving even veteran tech observers speechless. In some ways, it might seem like 1998 all over again. The internet was then in its infancy and cyberspace was uncharted territory for much of the population. The Dot-com boom and eventual bust was inevitable and reflected the markets expanding and contracting with the newfound surge of interest, but obviously overinflated speculation, around the potential of the Internet to transform society. Following a tremendous growth spurt in the first 5-6 years, the World Wide Web ended its first decade by learning to become sociable.

Indeed, the rise of the digital social network through channels like Facebook, Twitter, Instagram, and Snapchat have transformed how businesses and individuals work, think, and communicate. And now that the Internet has crossed the threshold into young adulthood, it’s continuing to grow and drive massive transformations throughout all parts of business and society. Soon-to-be-released autonomous cars, wearable tech, drones, 3-D printing, smart machines, home automation, virtual assistants like Siri, you name it . . . the pace of change is staggering. Graphic by Predikto on company blog.

Many of the breakthroughs and innovations we’re seeing right now are a result of three major confluences over the past 8 years: mobile, cloud, and Big Data. These technologies have collectively resulted in quicker and more efficient means of collaboration, development, and production, which in turn have allowed businesses to achieve unprecedented levels of growth and expansion. New ways of working, often remotely, mean that more people can do their jobs outside of traditional corporate structures. We’ve entered not only the freelancer economy, but the startup one as well. Now everyone is an entrepreneur and innovation and new business growth is through the roof. What’s more is that technology processes and production cycles have become commoditized. This means that anyone with the right idea, system, skills, and network in place today can effectively build a billion dollar business with very low overhead costs.

This crazy rate of change is certainly great from the consumer standpoint, but also a bit unnerving for businesses simply trying to keep their head above the water. How are companies today to keep up with the market, their competitors, and with consumer expectations? What does all this change mean for startups struggling to gain traction, for more traditional brick and mortar businesses, and even for established enterprises that might be too big to pivot quickly?

These are more comprehensive questions that we’ll try to answer in another blog post. But for now, here is what we do know about the massive impacts over the next few years. The first thing is that Internet of Things is taking the world by storm with projections that 21 billion objects will be connected by the year 2020. That’s just about 3 for every man, woman, and child on the planet! A few years ago Cisco estimated that the IoT market would create $19 trillion of economic value in the next decade.

What’s more is that the global robotics industry is also undergoing a major transformation. Market intelligence firm Tractica released a report in November 2015 forecasting that global robotics will grow from $28.3 billion worldwide in 2015 to $151.7 billion by 2020. What’s especially significant is that this market share will encompass mostly non-industrial robots, including segments like consumer, enterprise, medical, military, UAVs, and autonomous vehicles. Tractica anticipates an increase in annual robots shipments from 8.8 million in 2015 to 61.4 million by 2020; in fact, by 2020 over half of this volume will come from consumer robots. Putting together the two major industry trends, it doesn’t take rocket science to figure out that the two industries – Internet of Things and Robotics – will together lead to a “perfect storm” of global market disruption, opportunities, and growth in the next 4 years and beyond. This confluence is part of a larger epic transformation, which has appropriately been called the Second Machine Age. Listen to how this FastCompany article sums it up:

The fact is we’re now on the cusp of a “Second Machine Age,” one powered not by clanging factory equipment but by automation, artificial intelligence, and robotics. Self-driving cars are expected to be widespread in the coming decade. Already, automated checkout technology has replaced cashiers, and computerized check-in is the norm at airports. Just like the Industrial Revolution more than 200 years ago, the AI and robotics revolution is poised to touch virtually every aspect of our lives—from health and personal relations to government and, of course, the workplace.

This is a mouthful but in case it’s not clear, let me spell it out: there’s never been a better time than now to get onboard with robotics and Internet of Things!

If you’re a startup or small business owner, and especially feeling behind the technology curve, you’re certainly not alone. But instead of commiserating about all of the changes, proactively start today to ask yourself what it will take to get your organization to the next level of innovation. Set yourself up with a 6 month, 12 month, 18 month and 2 year innovation plan which maps to a broader 2020 strategy. Time is of the essence but it’s not too late to pivot and get onboard with the robotics and IoT revolution. As the famous statement goes, “The journal of a thousand miles starts with one step.” 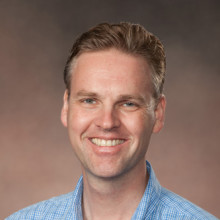 Jeffrey Walker is an entrepreneur and innovator who resides in the Boston area.

Jeffrey Walker is an entrepreneur and innovator who resides in the Boston area.