A robotic cat can teach us how real animals move 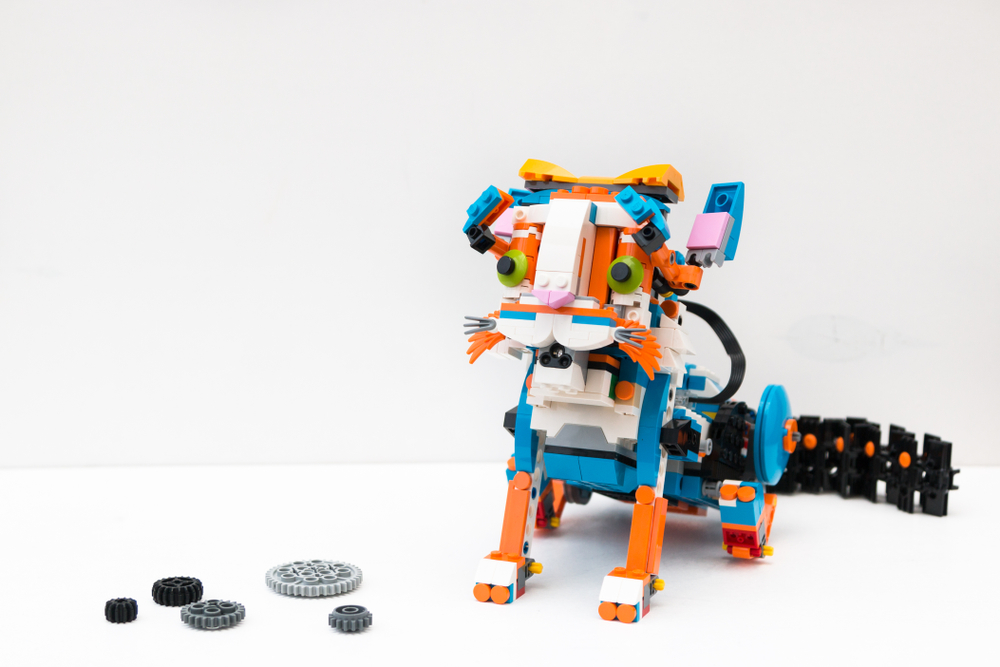 In the young discipline of robotics-inspired biology, robots replace experimental animals, allowing researchers to learn about animals under a wider range of conditions than exist in nature or the laboratory.

What is the secret behind the steady but oh-so-elegant way in which cats move? That’s the subject of a study in Frontiers in Neurorobotics by scientists from Osaka University, who built a novel, 47cm-long and 7.6kg-heavy robotic cat. Based on previous research on the gait of real domestic cats, the authors deduced that key to the cats’ sleek movement must lie in a previously unknown reflex circuit, which they call the “reciprocal excitatory circuit between hip and knee extensors”.

According to their hypothesis, this reflex circuit has two essential features. The first is the mechanical unloading of a cat’s ankle extensor muscles, which prompts the transition from the stance to the swing phase. The second is muscle movement within the hip joint, which initiates the next transition, from swing to stance.

Trial-and-error with their robotic cat showed that their hypothesis was correct: even without a central pattern generator, a key feature of most moving robots, the novel reflex circuit gave a steady gait to the ‘robocat’, mimicking the movement of real cats.

The study’s first author, Toyoaki Tanikawa, is a young roboticist from Japan. After graduating from the advanced course in industrial and systems engineering at the National Institute of Technology-Kagawa College in early 2019, Tanikawa entered the MSc program at Osaka University’s Department of Mechanical Engineering, where he has done research on walking robots for the past two years.

Here he explains what first brought him to the field of robotics, how he and his supervisors assistant professor Masuda Youichi and Prof Ishikawa Masato developed the new ‘robocat’, and how mutual inspiration and exchange of knowledge between robotics and biology can benefit both fields. 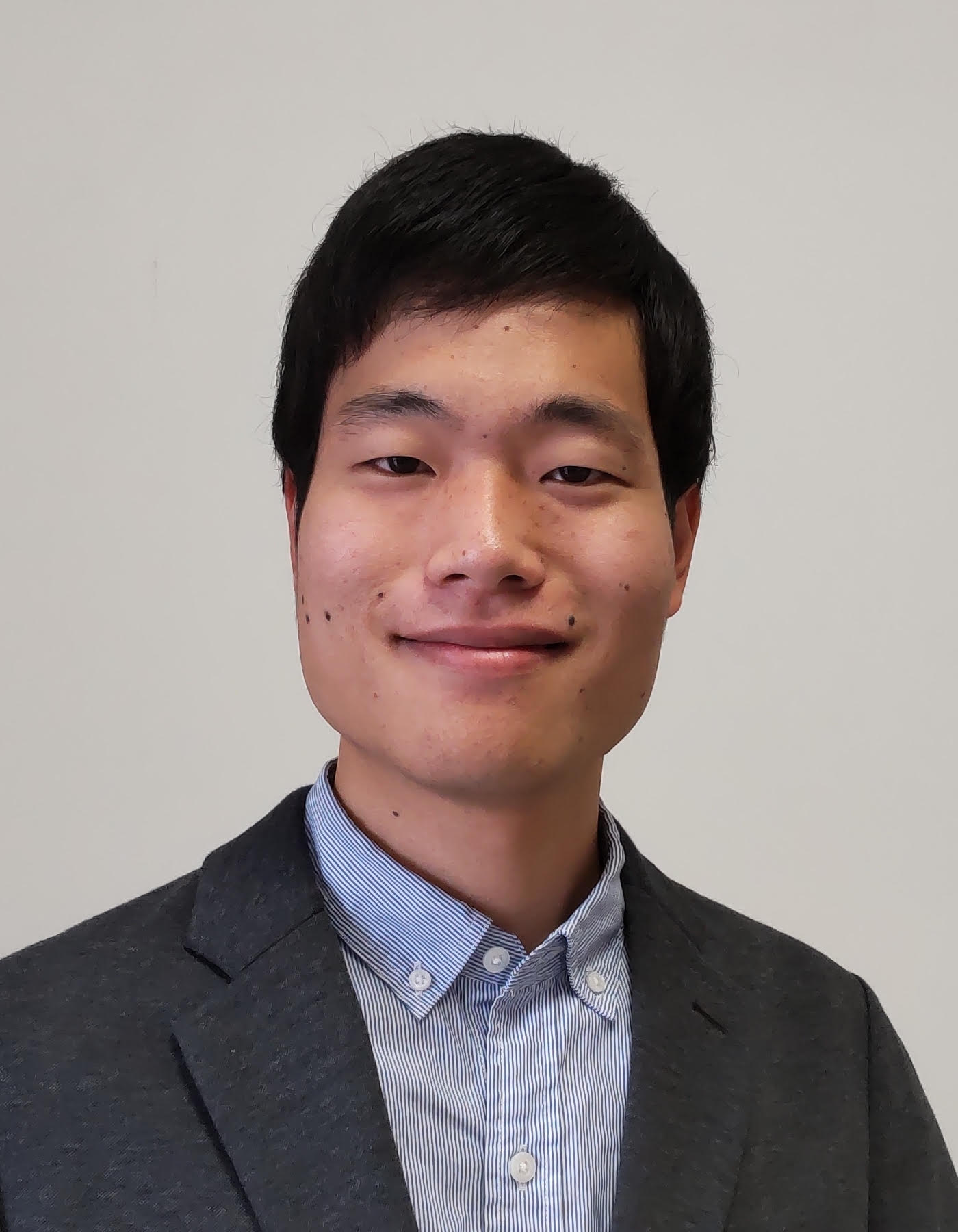 Because open access and sharing research is part of Frontiers’ mission, we want to give researchers the voice to express themselves and their research with more creativity and freedom than they otherwise would have in publishing an academic paper.

If you’ve recently published your paper with Frontiers and believe you have a great story to tell, then send an email to press@frontiersin.org with ‘Frontier Scientists’ and your name in the subject line.

What inspired you to become a researcher? Do you have any specific memories that set off a spark?

What made me decide to do the research was the robot competition, called RoboCon, in my school days. When I was a student at Kagawa Tech, I was a member of a team participating in that competition. I developed the circuitry and software for some competition robots, and experienced that the performance of a robot can vary greatly depending on its control.

Since then, I have been interested in what kind of control can maximize the performance of a robot. For this reason, in my master’s course, I conducted research on control inspired by animals that can move adaptively in various environments.

Can you tell us about the research you’re currently working on?

We focused on understanding the mechanisms of animal locomotion by developing quadruped robots that can reproduce the neuromuscular dynamics of animals.

Reproducing control structures of animals in robots has two aims. First, to contribute to the well-known field of biology-inspired robotics, where the structure of a robot is made similar to that of an animal. We hope that our results will thus result in fundamental new technology for realizing robots that move efficiently and flexibly like animals.

Second, we aim to contribute to biology in return. At present, experiments using real animals are strictly controlled and restricted, making it difficult to study the inner workings of living, moving animals. In the young research field of robotics-inspired biology, researchers are trying to understand animals by using robots instead of experimental animals. In the future, as more and more robots replace experimental animals, researchers may be able to investigate animal mechanisms under a wider variety of experimental conditions.

In the future, as more and more robots replace experimental animals, researchers may be able to investigate animal mechanisms under a wider variety of experimental conditions.

In your opinion, why is your research important?

First, in our new study we contribute to the development of novel scientific methods to reproduce and understand quadrupeds using robots, as described above. Another important result is that we have provided a new hypothesis about the locomotion mechanism of cats.

Are there any common misconceptions about this area of research? How would you address them?

Robotics is often thought of as a technology that is only for building better robots. However, if used in a different way, robotics can be a very useful scientific tool for reproducing and understanding dynamical systems with complex interactions, such as animals. Of course, not all phenomena discovered in the robot will be observed in animals, but the cycle of discovering new phenomena can be accelerated by providing new hypotheses to biology based on findings from the robot.

What are some of the areas of research you’d like to see tackled in the years ahead?

I graduated from the master’s course this spring and got a job at a company. If I have a chance to do my research in the future, I would like to work on the motion control of robots, which is a further development of our results.

How has open science benefited the reach and impact of your research?

Papers submitted to open access journals have fewer copyright issues. Therefore, I can use various means such as images and videos to advertise the results of my research to the public. Also, since I am leaving the university this spring, being able to read academic papers for free will be a great advantage.

Read Tanikawa et al’s study in Frontiers in Neurorobotics: A Reciprocal Excitatory Reflex Between Extensors Reproduces the Prolongation of Stance Phase in Walking Cats: Analysis on a Robotic Platform.

This article was initially published on the Frontiers blog.