Illustration of the different micro-actuators that can be coated with active compounds. (Illustration: Peters C et al. Advanced Functional Materials 2014, reprinted with permission of Wiley.)

Researchers have developed improved forms of tiny magnetic actuators thanks to new materials and a microscopic 3D printing technology.

Scientists have been conducting research on micrometre-sized actuators that one day may make it possible to transport drugs or chemical sensor molecules to specific locations throughout the human body. Researchers at ETH Zurich have now taken the development of such micro-devices a crucial step forward: a new production technology and new materials have made it possible to manufacture tiny actuators in any form and optimise them for future applications.

When applying conventional fabrication techniques, the magnetic properties of these micro-objects depend on the shape of the devices themselves. This restriction made it difficult for researchers to develop  actuators with precise control and directional stability, as doctoral student Christian Peters from the group led by Christofer Hierold, Professor of Micro and Nanosystems, explains: “Previously, these elements wobbled as they moved forward, and they were less efficient because their magnetic properties were not ideal. We have now developed a material and a fabrication technique with which we can adjust the magnetic properties independent of the object’s geometry.”

The scientists used a light-sensitive, bio-compatible epoxy resin, in which they incorporated magnetic nanoparticles. In the first part of the curing stage, they exposed a thin layer of this material to a magnetic field. This field magnetised the nanoparticles, leading to a particle re-arrangement in form of parallel lines. The orientation of these lines determines the magnetic properties of the material. The researchers then manufactured the tiny elongated structures out of the modified epoxy film via two-photon polymerisation. This technique is similar to a microscopic 3D printer: a laser beam is moved in a computer-controlled, three-dimensional manner within the epoxy resin layer, thus curing the resin locally. Uncured areas can then be washed away with a solvent.

This technique allowed the researchers to manufacture helical structures 60 micrometres in length and nine micrometres in diameter, and with a magnetisation perpendicular to the longitudinal axis. A conventional manufacturing method would not have allowed the production of an object with such magnetic properties, as the preferred magnetisation is usually in the direction of the longitudinal axis of an object, like a compass needle. The new actuators can be controlled precisely, they swim nearly four times as fast as previous elements, and they do not wobble.

Previous micro-actuators usually took the shape of a corkscrew (helix), but thanks to the microscopic 3D fabrication technology the ETH scientists were able to produce modified shapes. In the study they fabricated structures similar to spiral-shaped, twisted strips and double-twisted wires. Tests show that these forms swim as fast as corkscrew-shaped actuators, but the new shapes differ from the latter in that their surface is two to four times larger. “This makes the actuators more interesting for certain applications,” says Salvador Pané, research associate in the group led by Bradley Nelson, Professor of Robotics and Intelligent Systems.

If such elements are to carry medications or chemical sensor molecules to specific locations in the body, the actuators must be coated with the corresponding molecules. And the larger the element’s surface, the larger the quantity of materials that can be transported. The researchers demonstrated that it is possible, in principle, to coat the structures with interesting biomedical materials by connecting antibodies to the surface of the spiral motors.

“But it is not just about swimming micro robots,” says Peters. “The new technology can also be used when other micro-objects have to be manufactured with specific magnetic properties.” The work is the result of many years of joint research between the two professors in the Department of Mechanical and Process Engineering in the fields of microsystems technology and micro-robotics, adds Pané. The group led by Nelson has many years’ experience in the fabrication and application of magnetic micro robots, and the group led by Hierold has a strong competence in the integration of new materials into microsystems. 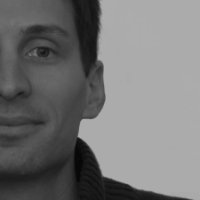 Fabio Bergamin is a science editor at ETH Zurich.

Fabio Bergamin is a science editor at ETH Zurich.