Getting started in robotics, an educational concern

I am profoundly convinced that if we are able to preserve the natural curiosity of early childhood in growing up individuals, without fail they will develop a durable attraction to science, technology, engineering and mathematics (STEM). Although this simple recipe seems to be a no-brainer, obviously education encounters insurmountable difficulties in maintaining the precious elementary drive. Once lost, almost therapeutic efforts will be necessary to awake it again.

Ray Almgren, vice-president of marketing at National Instruments, worried in his 2012 NIWeek keynote speech about the problem that:

Somewhere between dropping our kids off at kindergarten and sending them to college, we somehow manage to extinguish their interests in science and engineering. So, how does this happen? Well, there’s a fundamental disconnect of how we do science and engineering in the real world and how it’s taught in the classroom. Not all, but too many educators are pulling a bait-and-switch on our brightest minds by taking away the hands-on exciting projects that got them interested in the first place and replacing it by the theory-only math-based approach that is literally driving out our future innovators in droves.

Now, I do not totally agree with Almgren’s analysis that math-based teaching itself should be a vocation-killer. As kids come to adolescence, they naturally develop important cognitive faculties like formal, abstract and hypothetical thinking, processing speed, selective attention, a.s.o., all of which perfectly match with the problems presented in math and physics. In parallel, adolescents dramatically enhance their social skills, and edify their self-esteem, which is essential for their maturation and successful integration into society. However the predominance of social concerns makes them very vulnerable to peer-pressure capable of jeopardizing personal interests for STEM content. For instance, if the clique is submitted to an anti-math norm – as it is often the case in school classes – it will be literally unsexy to be good at math, and initial likes of STEM branches may be seriously compromised.

In his autobiography, Steve Wozniak, a math and science nerd, narrates how much he suffered from such pressure, as he passed from the sixth to the seventh and eighth grades.

Where before I was popular.., suddenly I was socially shut out… It seemed like nobody spoke to me for the longest time. I was in the advanced classes and got good grades… I felt shunned by all these kids who suddenly, and for no reason I could understand, just couldn’t accept me anymore. I did electronics when a lot of others started hanging out and partying and drinking and going out.

Most young people just want to have fun, and they are running scared of being considered as loners. So, why shouldn’t educators try to profit from the same strong psycho-social moments that steer people away from STEM content, and double-cross those undesirable effects? For this purpose a few magic ingredients can be used in order to keep the interest in science and engineering alive beyond puberty: having fun, playing in teams, living some positive rivalry, doing hands-on activities, inventing, hacking, experiencing great rewarding events, sharing stuff with others, meeting stars. During almost 15 years, I consequently deployed these components in a local youth laboratory with various groups of high-school students.

Because it was possible to find all of the components in the LEGO Mindstorms concept, robotics became the lab’s blockbuster activity after 1998! LEGO is a toy that most kids know from earlier childhood. They associate successful playing with Mindstorms activities, not dreadful failure. They can easily reproduce official models, or thoroughly copy cool robots presented in countless books around the subject. However, the more important quality is that the material is open-ended. Anything can be made of the stuff. It both challenges and fosters creativity, and –unexpected for the LEGO Company at start of the Mindstorms product line— it invites adolescents to go for hardware and software hacking. The latter feature makes the material even more attractive, because doing the impermissible or unorthodox can be irresistible for young people. LEGO sets are designed for boys and girls -although there is a significant male predominance. The Mindstorms concept is tailor-made for project-based learning. Meanwhile there’s a huge world-wide connected community of Mindstorms geeks, clubs and school labs sharing and discussing their projects. There also are contests! Only think of these extraordinary FIRST LEGO League FLL-competitions. I was able to attend a couple these, and the atmosphere was electrifying: young people enjoying collective rivalry that you only experience in sports events. My students met heroes like Daniele Benedettelli – the guy who made the first LEGO Rubik’s cube solver. A few times they could present their own robots on local RTL TV. They showed humanoid robot GASTON, one of our most ambitious projects, to the Earl of Wessex, the youngest son of Queen Elisabeth II. Their robots crawled over ground, went down to caverns, high to the stratosphere, crossed the sea, and even cruised over Mars –at least over a simulated Mars environment. The online lab journal kept track of the actual developments. This resulted in countless exchanges with interesting people all around the globe. Because of their positive media presence, participants of the robotics lab became little stars within their peer-group.

When new participants enter the robotics lab, they are not submitted to annoying introduction lectures. They immediately start with two sorts of hands-on activities. First they follow a few solved exercises, from which they rapidly get the rudimentary knowledge about the material and the LabVIEW programming environment. (Note that we almost exclusively work with this unbeatable graphical software made by NI.) Second, they are challenged in little teams with problems that allow for more than one solution. An easy, although not trivial one is “Driving the Straight Line”. Most young people are accustomed with computer behavior. If they draw a line in a picture editor -a typical open-loop activity-, they expect that an almost perfect line will appear on the screen (to say nothing about pixel-effects). Now, robotics brings back digital processing into the real world… and the students are always stunned, when they see that their robot is driving an arc, although they naïvely programmed it to drive straight. Fred Martin, one of the creators of the first LEGO programmable brick prototype, cuts right the chase of the matter by declaring “Real robots don’t drive straight”. A more elaborate challenge is “Finding the center of a circle”. A circle is duct-taped on the floor; a dual-drive robot is equipped with a single light- or color-sensor. Now, with no other information about the circle, the robot should most precisely find the location of its center. How would you tackle this remarkably difficult exercise?

Once the participants can handle the LEGO Mindstorms material and the LabVIEW software, they are summoned to decide for a team-project. In his bold article “The Project Method: The Use of the Purposeful Act in the Educative Process”, published in 1918, William H. Kilpatrick described the “project” as “a whole-hearted purposeful act carried on amid social surroundings”. The robotic boat indicated above was the result of a long-term project, to which a group of students was committed… whole-heartedly… They had fun, played in a great team, lived some positive rivalry, did hands-on activities like etching and soldering, invented, hacked, experienced a great rewarding event: when the boat successfully crossed Luxembourg’s biggest lake. They shared their stuff with others, and met stars… the ingredients for making cool robots, and the previously enumerated components for reinvigorating personal interests in STEM content. Many of the attendees of the local youth robotics lab have started their studies in science and engineering. Some have graduated; a few have taken their doctoral degree, and rejoined renowned companies or institutes.

From my experience with the youth lab, getting started with robotics is more a matter of educational methods than of technical aids. If you want to read more about the concept of using LEGO Mindstorms in a youth laboratory, and experience yourself some of these exhilarating moments of Eureka, you should get a copy of my book “Eureka! Problem Solving with LEGO Robotics”, www.ntspress.com, USA, 2013. You also may want to see the lab blog: www.convict.lu/index_r.php 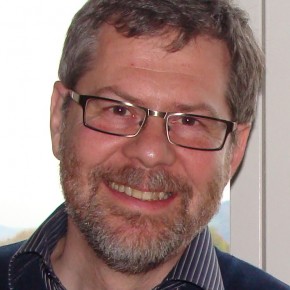