Robot makers: The future of digital rapid design and fabrication of robots Though recent advances in design, fabrication, and programming technologies promise to enable rapid digital manufacturing of functional robotic systems, many challenges need to be addressed to realize the dream of fully functional print-on-demand robots. The creation of robotic systems requires expertise in diverse areas, including mechanics, electronics, software, and control theory. Contributions from all of these  fields will be required to automate  or greatly simplify direct robot fabrication.

Designing a robotic system requires translating the definition of the desired electromechanical device between various types of specifications, often starting from a functional specification describing the system’s intended behavior. The ultimate goal of design in this context is to end up with a set of fabrication specifications that can get sent through a manufacturing process to make a robot. This flow can be split with an intermediate structural specification that realizes the functionality in terms of mechanisms and assemblies. Research into design systems for robots aims to assist users in the creation of fabricable drawings directly from the structural or functional specifications.

Design for manufacturability (DFM) considerations impose constraints on functional and structural specifications based on the limits of fabrication technology. By expanding the manufacturing capabilities, these constraints can be relaxed or, ideally, eliminated. For example, three-dimensional (3-D) printing technology allows for nearly any rigid body to be fabricated, thus allowing for the direct realization of arbitrary functionally specified solid structures.

However, in addition to 3-D printing, other approaches exist for the rapid fabrication of mechanical structures. For example, recent work has investigated folding of structures from a rapidly patterned two-dimensional (2-D) sheet in a manner similar to the Japanese art of origami. This process has been used to create robotic bodies out of sheets of paper, plastic film, and multilayer laminates employing a variety of materials including carbon fiber. This process has advantages over other rapid manufacturing techniques: it is faster due to a subtractive rather than an additive process (or a combined additive/subtractive process in the case of multilayer laminates), and it allows for inbuilt compliance due to the flexible stock material. However, generating a correct 2-D unfolding to realize an arbitrary 3-D structure poses a significant design challenge. In addition to the structural elements, robotic designs must also take into consideration the electrical and software subsystems. In our recent work, we developed a high-level programming environment that allows the modular cogeneration of electronic and software blocks to control a more general collection of robots from a description of its mechanical structure.

New approaches to additive manufacturing are key enablers for the rapid fabrication of robots. Advances in 3-D printing technology have allowed the direct manufacture of devices from audio speakers to batteries and to soft strain sensors. Current research has just begun to explore the range of printable materials, processes, and designs that may be possible. Besides 3-D printing, another additive manufacturing technique of particular interest to robotics is shape deposition manufacturing (SDM). SDM systematically combines material deposition with material removal to enable the rapid fabrication of complex, multimaterial parts.

Recent work has employed additive–subtractive processes similar to the SDM called printed circuit microelectromechanical systems (PC-MEMS), which are used to manufacture the electromechanical laminates that are subsequently folded into robotic systems. This approach has been employed to fabricate insect-like walking and flying robots.

Finally, soft robotics offers an unconventional, emerging approach to incorporating compliance into future robotic systems. There are many open research questions on the appropriate methodologies to create not only passive bodies but also active and functional elements interacting safely and seamlessly with the environment. The resulting bioinspired robots aim to demonstrate the impressive mobility and manipulation capabilities observed in nature. Figure 2: A soft quadruped robot composed primarily of silicone rubber and actuated by pressurizing patterned internal pneumatic networks in the legs and along the spine. This robot demonstrated resilience to a variety of conditions including exposure to snow, fire, water, and large compressive loads. Source: Michael T. Tolley

Software plays an important role both in the design and in the implementation of robotic systems. From a design perspective, several tools are currently available to aid a user through the process of creation, drawing, and automatic generation of mechanical, electronic, and software specifications. Software should support design and code reusability, simplify the design process, automate the design and generation process as much as possible, and eventually support verification and validation of the developed final product.

By taking advantage of the Robot Operating System (ROS) we have developed a modular programming environment for robotic applications called ROSLab that enables users to model the architecture of an application that consists of a set of computational nodes and communication channels between them and automatically generate the skeleton code of robotic applications. Recent work extended ROSLab to provide a design environment for creating the mechanical components of robots. This work incorporated a component library of the predesigned parametrized robotic building blocks into ROSLab. In this interface, desired blocks can be dragged into a workspace and parameters can be set by the user based on target specifications. Once a robot has been designed, it can be compiled to generate the manufacturing specifications.

From an electronic perspective, two main cogeneration philosophies are available, a modular approach and the embedded generation of the PCBs. Both approaches have advantages and disadvantages. The circuits created with modular specifications are reusable, well tested, task specific, and supported by maker communities such as Arduino and Sparkfun. However, modules are also larger in volume and weight compared with dedicated boards, as they must accommodate large numbers of connectors, many of which go unused. Modules also have an increased cost over the raw parts. On the other hand, embedded PCBs can be optimized so that the overall size and weight of the final board is reduced, which are the critical factors when building small print-and-fold robots. Considering these factors, we introduced the EMLab environment for the rapid codesign of the embedded PCBs. The tool uses a similar drag-and-drop graphical interface, like in ROSLab, in which the electromechanical components are represented as blocks connected together on a workspace to describe a PCB design.

Figure 3: (a) A “Seg” robot PCB designed within the EMLab codesign environment and (b) the final mini “Seg” robot created with EMLab. Source: Nicola Bezzo

The fabrication techniques and software tools reviewed above allow for the rapid prototyping of robotic systems; however, a significant challenge remains ensuring that the final product conforms to the design specifications, is feasible, and is capable of performing the desired tasks. Thus, it is necessary to consider the verification and validation to ensure that the developed design satisfies the designer requirements.

The proliferation of inexpensive prototyping systems greatly reduces the need for the validation of the structural designs. Without the high startup investments of traditional manufacturing technologies, it becomes possible and sometimes even economical to adopt a trial-and-error approach to manufacturing and printing many iterations of a design until the correct output is attained.

So what is the role of robotic design-on-demand? The robotics community is usually divided in opinion when it comes to the value of designing custom robots. Some advocate creating design systems to enable users to develop their own robots. On the other hand, others feel that it is unnecessary, instead recommending focusing on expanding the capabilities of robot manufacturing processes to allowing for more general purpose robots. There is a general agreement that there will be a broad range of tasks that a robot might be called upon to perform. These new fabrication and software technologies described above will enable both the customized and general purpose mass-produced of robotic systems. Choosing one or the other category will depend on the specific type of research and applications. Either way, an enormous advantage of rapid prototyping is that it can considerably lower manufacturing costs.

Finally, with the applications of robotics research occasionally veering off into unforeseen directions (such as artistic endeavors), a question that comes to mind is how robots can positively impact humanity. We identify agriculture and field robotics, as well as custom orthotics and robotic healthcare, as some of the promising fields where robotic development has the potential to greatly improve human lives. Last but not least, the type of rapid prototyping and programming techniques discussed here will have an enormous impact in education and cheap, accessible, and easy-to-develop robotics will propagate to all levels of education, encouraging the next generation of roboticists and engineers. 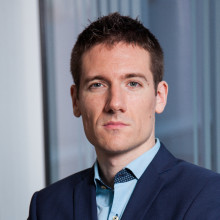 Nicola Bezzo is an Assistant Professor in the Department of Systems and Information Engineering at the University of Virginia.

Nicola Bezzo is an Assistant Professor in the Department of Systems and Information Engineering at the University of Virginia. 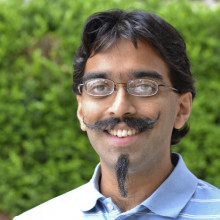 Ankur Mehta is an Assistant Professor and Samueli Fellow in the Electrical Engineering department at UCLA.

Ankur Mehta is an Assistant Professor and Samueli Fellow in the Electrical Engineering department at UCLA. 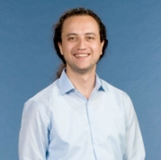 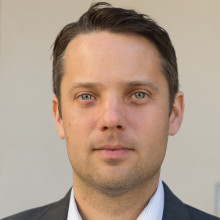 Michael T. Tolley is an Assistant Professor of Mechanical and Aerospace Engineering.

Michael T. Tolley is an Assistant Professor of Mechanical and Aerospace Engineering.