Robots, soldiers and cyborgs: The future of warfare

by Armin Krishnan and Footnote
05 February 2014 When we imagine the future of warfare, we often envision a battlefield where humanoid robots and other machines fight alongside or in the place of human soldiers. From the droids of Star Wars to The Terminator’s cyborg soldiers, robots play a prominent role in our collective vision of future combat.

While science fiction is populated with anthropomorphic and sometimes malevolent robots that can seem remarkably human, in the real world, robots are simply programmable machines that can sense and interact with their environment. From this point of view, most advanced weapons systems are robotic, including cruise missiles, drones, and air and missile defense systems.

Are we at the beginning of an inevitable process leading to the rise of “killer robots” predicted by science fiction, or can robots actually make war less destructive?1 What comes next in the advancement of military robots?

(a) In addition to many-legged robots that step on landmines and blow them up before humans reach them, the U.S. has been using aerial drones to kill people planting roadside bombs in Afghanistan and Iraq and to conduct targeted killings of suspected terrorist operatives. The total number of people killed by U.S. drone strikes is unknown but estimated to be at least 3,000.

So far, autonomous robots have played a marginal role in warfare. Recently, however, the use of drones to counter the improvised explosive device (IED) threat in Iraq and carry out aerial bombing campaigns in Afghanistan, Pakistan, Yemen, and Somalia has elevated military robots to a more prominent role in U.S. military operations.(a)

As the U.S. winds down its counterinsurgency campaigns in Iraq and Afghanistan, the most important robotic systems used in these conflicts will be far less in demand. These include IED hunters and unmanned aerial vehicles such as Northrop Grumman’s Global Hawk surveillance drones and General Atomics’ armed Predator and Reaper drones. In fact, the Department of Defense plans to slash these drones’ numbers due to both their inability to survive in contested airspaces and general budgetary pressures.

(b) According to the U.S. Air Force,“global strike” refers to the capacity to strike any target anywhere at any time. The Prompt Global Strike (PGS) programaims to develop the capability to attack any target within one hour worldwide. Former Secretary of Defense Robert Gates hinted in 2010 that the U.S. may already have this capability, though hissuccessor Leon Panetta said that the only PGS weapons currently available to the U.S. are severely restricted nuclear missiles.

Instead, there will be a greater focus on developing robotic systems for shorter but more massive air campaigns against more sophisticated adversaries with modern air defense systems, like Libya, Syria, China, or Russia. The Pentagon will likely continue its efforts to build global precision strike capability, allowing rapid deployment of unmanned weapons that can attack anywhere in the world within an hour.(b) In addition, there will be a continuing focus on technologies and capabilities relevant for low-intensity conflicts like the ongoing War on Terror.

As for the development of robot soldiers, despite decades of intensive research and continuous breakthroughs in robotics, the progress in creating autonomous military robots has been surprisingly slow. Several projects funded by the Defense Advanced Research Projects Agency (DARPA) have resulted in humanoid robot prototypes, but they lack the portable power source and intelligence that would allow them to act beyond very limited non-combat roles.

(c) Atlas, a 6’2”, 330-pound robot that shares basic features with and moves like a human being, is designed to go places humans cannot, such as nuclear reactors and intense wildfires.

The most promising advancements have been the Navy’s X-47 drone, which recently mastered the art of landing on aircraft carriers, and humanoid robot prototypes such as DARPA’s rescue robot Atlas.(c)

The Cyborgization of Human Soldiers

Another approach to implementing robotic weapons systems is to combine them with humans, whose bodies could be augmented with robotic technology. This concept offers the best of both worlds: the quick reaction times, precision, and strength of robotic systems and the control and superior cognitive abilities of humans.

DARPA’s Land Warrior and its successor projects (Objective Force Warrior, Future Force Warrior, and now Warrior Web) aim to equip soldiers with wearable computers, advanced communications gear, helmet visors with night vision and head-up-display, and robotic exoskeletons for improved mobility. While the potential may be vast, such human enhancement has suffered the same setbacks and slow progress as the development of other robotic systems. The gear is still too heavy, and the exoskeletons that could enable soldiers to carry more and move faster lack a sufficient power source.

(d) Thought-controlled computers are already becoming a reality, with the development of devices like Emotiv’s EEG headset that enables video game players to control computer functions by thought.

At the same time, there has been remarkable progress in neuroscience with respect to mapping and manipulating the human brain.2 Though not currently employed, a number of technologies have potential military applications. A technique called transcranial direct current stimulation (tDCS) has been shown to enhance the concentration and alertness of human test subjects.3 EEGs embedded in helmets might one day enable soldiers to control weapons through the power of thought. A research project at Duke University showed that a monkey with an implanted brain chip could control a robotic arm, and researchers at Brown University created the first wireless brain-computer interface in March.(d)

(e) MIT houses the Institute for Soldier Nanotechnologies, which conducts research projects in nanomedicine. Although much of this research is highly classified, references in high-level policy papers suggest that the development of biotechnology for human enhancement is at an advanced stage.

The ultimate goal of some in the Pentagon is to develop “super soldiers” who could be deployed anywhere in the world within hours and remain in the field for extended periods of time. Their bodies and performance could potentially be enhanced through nanosensors that constantly monitor their medical status, embedded nanoneedles that release drugs when needed, and possibly even nanorobots that can quickly heal wounds in the field.(e)

These “super soldiers” might be supported by a range of robotic devices and weapons systems, including robotic dogs to carry their gear, drones to resupply them, and robotic platforms from which to call in long-range precision strikes. The soldiers could one day assign robot helpers specific missions that they could then carry out with little human supervision.(f)

(f) A robotics research project at the Ecole Polytechnique Federale de Lausanne has demonstrated that swarms of robots can intelligently cooperate to carry out complex tasks. The U.S. Air Force has made a computer simulation of how a swarm of mini-drones deployed from the air or by Special Operations Forces could attack.

The use of military robots raises both ethical and tactical concerns. Will they be able to distinguish targets and use force proportionately? Will soldiers be willing to fight alongside completely autonomous robots? Could robots one day entirely replace humans and human-operated systems on the battlefield? What role might robots play in non-traditional wars such as the war on terror or the fight against transnational organized crime? These questions, along with other unknowns, have led United Nations Special Rapporteur Christof Heyns, Human Rights Watch, and other critics to call for a ban on autonomous military robots.4

Critics are also concerned that advanced artificial intelligence (AI) could develop in directions not anticipated by scientists. Because of this unpredictability, the US military has indicated that it will never remove humans from the decision loop completely. While unmanned weapons systems will become gradually more autonomous so that they can carry out very specific missions with less human direction, they may never entirely replace human soldiers on the battlefield.

The technological augmentation and modification of human soldiers raises even more troubling ethical issues than the development of autonomous robots.5 Since millions of dollars could go into technologically upgrading the body and mind of a single soldier, would the soldier be allowed to quit military service? What does it mean for an egalitarian and democratic society to provide certain individuals with superhuman abilities? While enhancing human soldiers may have its benefits, it opens up a web of ethical, political, and legal dilemmas.

Although truly autonomous military robots with strong artificial intelligence could potentially be built and deployed within the next twenty years, there are great doubts about their military usefulness and legality. Fully autonomous robots could easily turn out to be uncontrollable weapons. Furthermore, the difficult budgetary climate will not change in the foreseeable future, which means that the U.S. military has to focus its research and acquisition on the projects relevant to the most likely military needs. Instead of designing robots for war, the Pentagon may aim to enhance and even cyborgize soldiers while further developing human-operated robotic systems. Under the most likely scenarios, it may not be the Pentagon’s robots we should be worried about, but rather the changes in humans that military technology will inaugurate.

Armin Krishnan is Assistant Professor for Security Studies at East Carolina University. He has written three books on new developments in contemporary warfare, including autonomous weapons, the privatization of military services, and targeted killing. His current research focuses on U.S. government secrecy, U.S. shadow wars, and covert actioon since the end of the Cold War.This article was originally published on Footnote, a website that shares academic research in a format that mainstream readers can understand and engage with. It is part of Footnote’s multidisciplinary series on robots and their impact on society. Please contact Footnote for permission before republishing this article. 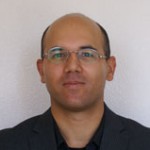