The OpenROV project, with Eric Stackpole and David Lang

In the episode, we speak with Eric Stackpole and David Lang from the OpenROV project about their challenge in developing Eric’s idea to find an easy way to explore a cave that was rumored to contain a sunken treasure near his home.

OpenROV (OPEN-source Remotely Operated Vehicle) is a telerobotic submarine built to make underwater exploration and education affordable. We will hear of their learning curve to turn a fun idea into a funded kick-starter project, on a shoestring budget and how they inspired the community to develop the project further. This has united the imagination of DYI beginners, amateurs, professional engineers and scientists from over 50 countries, with far more applications than were original conceded, from pollution monitoring to species identification in the Antarctica.

Eric Stackpole is a Co-Founder of OpenROV and the original designer of the robot. He currently works part-time for NASA at the Ames Research Center and is finishing his masters thesis in mechatronics at Santa Clara University. Eric has always been an enthusiast of  exploration technology, from building a telerobot to attend classes in college to lugging ham radios up mountains during backpacking trips. 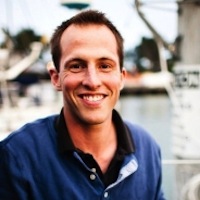 David Lang is a Co-Founder of OpenROV. He also writes the Zero to Maker column for the MAKE blog, where he chronicles his crash-course into the maker world. Prior to underwater robots, David managed OCSC Sailing in Berkeley where he helped hundreds of students learn to sail and led sailing adventures around the world.


Amanda Prorok’s talk – Learning to Communicate in Multi-Agent Systems (with video)
Robots flying a kite to generate electricity. What if you would use this?
Talking Robotics’ seminars of January – April 2021 (with videos and even a musical summary!)
A robot that senses hidden objects
Towards mapping unknown environments with a robot swarm
more about Research-Innovation..
comments powered by Disqus