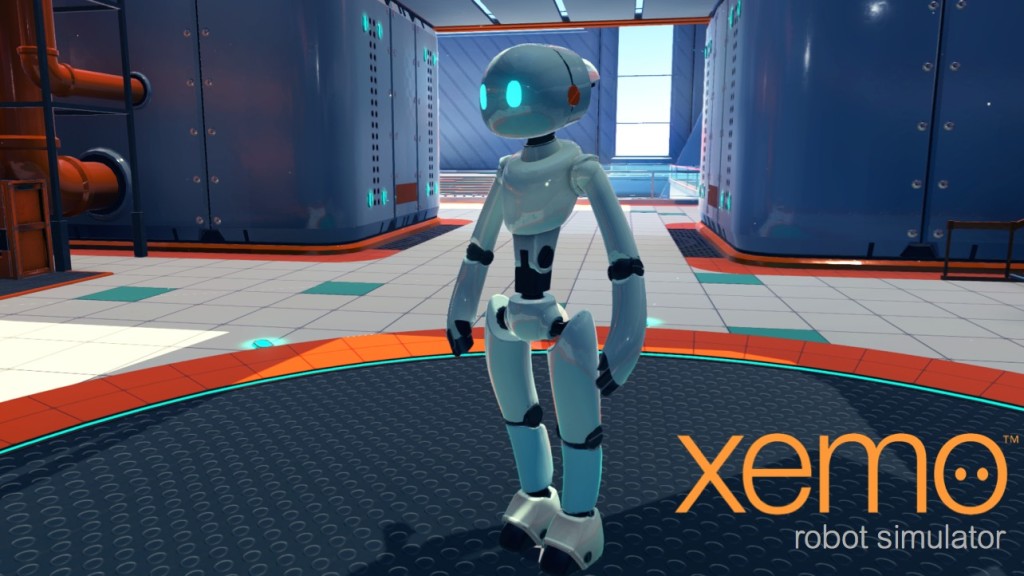 In this episode, Abate De Mey interviews Jeff Sprenger, founder of the startup Xemory in Vermont, USA. At Xemory they are developing a robot simulation game called Xemo, where players learn to animate virtual robots.

Complex motion at each joint is broken down into its more fundamental components, called degrees of freedom. Players are faced with the challenge of controlling the several degrees of freedom to recreate lifelike motions such as crawling, walking, jumping, and even dancing. These challenges are similar to the ones faced by roboticists trying to develop lifelike, robust and balanced motions for legged robots.

Sprenger discusses the unique ways different age groups and genders interact with the software. Through incorporating feedback from the students, Sprenger adds new activities and challenges to keep students engaged and challenged, improving their understanding of robot control. Jeff Sprenger is the founder and CEO of Xemory Software, creator of the Xemo Robot Simulation game. Jeff founded Xemory in 2014 when he received an NSF grant to develop interactive robotics software for STEM education. The company received a second, follow up grant in 2015 to further develop and bring Xemo to market. Jeff has worked in scientific and business software for over 30 years, with eleven years as VP of Technology at MBF Bioscience. Jeff is also the co-organizer for Vermont’s monthly game developer meetup.