Figure 8: Example of a 15 robot swarm of GRITSBots on the arena surface of the second instantiation of the Robotarium.

When developing algorithms for coordinating the behaviors of swarms of robots it is crucial that the algorithms are actually deployed and tested on real hardware platforms. Unfortunately, building and maintaining a swarm robotics testbed is a resource-intense proposition and, as a consequence, resources rather than ideas tend to be the bottleneck and swarm robotics research does not progress at the rate it could. The Robotarium sets out to remedy this problem by providing remote access to a large team of robots, where users can upload their code, run the experiments remotely, and get the scientific data back. This article describes the structure and architecture of the Robotarium as well as discusses what constitutes an effective, remotely accessible research platform.

As a swarm-robotic research testbed, the Robotarium’s main goal is to lower the barrier of entrance into multi-agent robotics and provide access to a state-of-the-art test facility for researchers around the globe. Remote accessibility is therefore an integral part of the design of the Robotarium and is currently realized through a public web interface that gives users the flexibility to test a variety of multi-robot algorithms. Making robotic hardware available online requires the Robotarium to tackle a number of challenges including robust and safe long-term operation of large groups of robots with minimal operator intervention.

In particular, the continuous operation of the Robotarium highlights the need for automated maintenance, which relies on global position tracking, automated battery recharging, and provably collision-free execution of motion paths. To fulfill its intended use effectively, the Robotarium has to implement a number of high-level design requirements that can be summarized as follows:

The Robotarium aims to improve and streamline the user experience and facilitate the control of swarms of mobile robots – not just for researchers well-versed in robotics but also for interested hobbyists and students. Part of this desired user experience is achieved by providing a seamless transition from prototyping swarm algorithms in the Robotarium simulator to executing the same code on robotic hardware. While methods as outlined in the ‘Usage’ section below can narrow the gap between simulation and hardware, the initial prototypes of the Robotarium made clear that tight integration between its hardware and software components is highly beneficial.

Therefore, the Robotarium contains custom-designed robots that use a novel wireless charging system, WiFi-based wireless communication between the robots and the Robotarium’s servers, as well as an overhead position tracking system. The software stack extends from custom firmware for the robots to server backend software consisting of the simulation infrastructure, interaction components (API’s that allow users to write their algorithms in higher-level languages), and coordinating server applications. A detailed description of all these components can be found in [1] while an overview of the system architecture is shown in Figure 1. Here, we just want to highlight the components that set the Robotarium apart, namely its custom miniature robots and their novel wireless charging system that enables automated maintenance and charging.

Robots: At the core of the Robotarium are our custom-designed GRITSBot robots (shown in Figure 2). These inexpensive, miniature differential drive robots simplify operation and maintenance of the Robotarium through features such as (i) automated registration with the server when powered up, (ii) automatic battery charging, and (iii) wireless (re)programming. The GRITSBots provide WiFi-based communication, battery-powered operation up to 45 minutes per charge, and stepper motor-based locomotion. Additionally, these robots are equipped with a slew of introspective sensors that enable predictive diagnostics through precise monitoring of their internal states.

Figure 2: A 3D rendering of a GRITSBot robot (left) and the latest version of the GRITSBot in use in the Robotarium (right). Note the tracking tag on top of the robot that encodes both orientation of the robot as well as its identity.

Charging: The GRITSBots are equipped with a wireless charging system. A receiver coil is attached to the robot (see Figure 2 (right)) and transmitters are built into the Robotarium arena surface (see Figure 3 and 4). Automatic recharging of robots is an essential aspect that will enable the long-term use of robots and the automated management of the Robotarium hardware with  minimal operator intervention and at the same time make the continuous operation of the Robotarium economically feasible. Figure 3: A close-up of the Robotarium’s charging hardware. Transmitter coils are built into the arena floor. Robots recharge their batteries by parking on top of a transmitter.

To date, three versions of the Robotarium have been built.

Figure 4: The second iteration of the Robotarium containing up to 100 robots. Note the built-in wireless charging stations on the left side of the arena. Figure 5: Renderings of the third instantiation of the Robotarium.

Figure 6: Photos of the third instantiation of the Robotarium which is currently under construction in a classroom at the Georgia Institute of Technology.

One of the main challenges faced by remote-access testbeds like the Robotarium is how to faithfully execute remote users’ instructions without endangering the safety of its hardware. Inter-robot collisions are very likely to happen within a large team of robots, which might result in significant damage to the equipment. Safety on the Robotarium is enforced through so-called safety barrier certificates. Each of the robots is encapsulated in a safety bubble whose size is based on the position and velocity of the robot. This safety bubble is not allowed to be penetrated by other robots. Utilizing these mathematically rigorously formulated certificates, users’ control inputs to the robots are modified in a minimally invasive fashion such that no collisions will occur. With the help of safety barrier certificates, remote users’ experiments can be safely performed on the Robotarium. An example of ten robots successfully executing individual trajectories while avoiding collisions is shown in Figure 6 (a video of this experiment can be found on the Robotarium’s Youtube channel).

Figure 7: Ten GRITSBots safely swap positions using safety barrier certificates. The controller was intentionally designed to cause collisions in the middle of the workspace, which are successfully avoided.

Figure 8: Example of a 15 robot swarm of GRITSBots on the arena surface of the second instantiation of the Robotarium.

Users interact with the Robotarium by prototyping their code in the Robotarium’s simulator and submitting their code online via the Robotarium website.  This workflow allows users to quickly and efficiently transfer their preexisting work into a Robotarium-compatible format and see their algorithms work on real robots.  To ensure a smooth transition from simulator to physical hardware, the Robotarium employs system identification techniques to ensure that these simulated robots emulate the GRITSbots.  However, depending on their complexity, some experiments require a few simulation/deployment cycles before achieving the desired result.  To ameliorate this condition,  the Robotarium aims to operate 24/7, providing a quick turnaround time for users.

This ambitious operating schedule allows users from around the world to interact with the Robotarium in their preferred time frame.  However, automating such a complex system incurs some challenges that the Robotarium solves through both hardware and software.  For example, the Robotarium and the GRITSbot employ wireless charging to ensure a high degree of reliability and efficiency in autonomous operation.  Additionally, the Robotarium regularly undergoes  maintenance procedures, which typically range from 2-8 hours in length, ensuring that the requisite hardware is operating correctly.  The Robotarium also employs state-of-the-art software packages to meet this operating goal, such as the IoT-friendly MQTT publish/subscribe architecture and Docker. 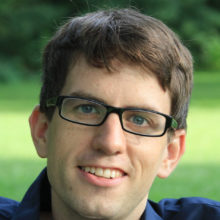 Daniel Pickem is currently a research engineer at Apple.

Daniel Pickem is currently a research engineer at Apple. 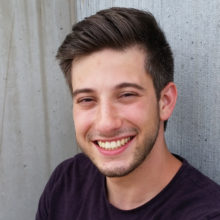 Paul Glotfelter is a Robotics Ph.D. student in the GRITS lab at the Georgia Institute of Technology

Paul Glotfelter is a Robotics Ph.D. student in the GRITS lab at the Georgia Institute of Technology 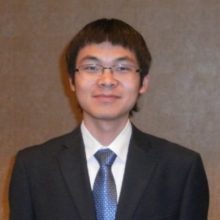 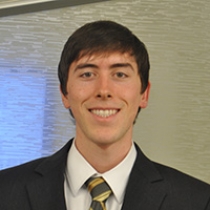 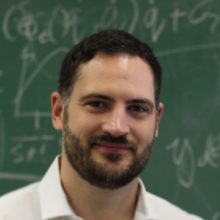 Aaron D. Ames is the Bren Professor of Mechanical and Civil Engineering and Control and Dynamical Systems at Caltech

Aaron D. Ames is the Bren Professor of Mechanical and Civil Engineering and Control and Dynamical Systems at Caltech 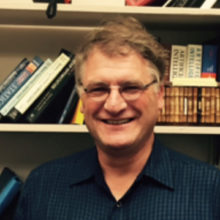 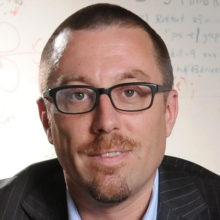