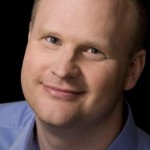 
Per is an all around robot geek and has been that for as long as he can remember. He has been doing audio podcasts for quite a while now, starting his own podcast focusing on self reconfiguring modular robotics in 2010 and joining the Robots podcast for general robotics interviews in 2011. He has recently launched a video interview series called Robots in Depth. In his day job he is launching Aptomica.com, a company that will rent anything in modular robotics.

More posts by Per Sjöborg..