interview by Per Sjöborg
Business-Finance
August 23, 2013

Diana Saraceni is a Venture Capitalist at 360 Capital Partners. In this interview, she tells us about her first investment in robotics 3 years ago with Invendo Medical, and her views on how the market has changed since then. Hardware is now perceived as less risky, even though it is more challenging to scale than software. Recent success stories have further helped promote VC funding in robotics.

Saraceni discusses the importance of the founding team, as well as their advisors, for the success of a company. Finally, she shares her view on open source vs. proprietary technology from a venture capitalist’s perspective. 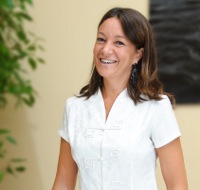 Diana Saraceni is a partner at 360 Capital Partners, a Pan-European Venture Capital firm. Before becoming a Venture Capitalist in 2001, she was Senior Advisor at Lazard Investment Banking. At Lazard she was part of the Technology Team and primarily worked on M&A transactions and IPOs. Prior to Lazard, Saraceni spent several years as strategic consultant with A.T.Kearney in Milan and London. She was/is part of several national and international start-up selection committees and holds a degree in Engineering from the University of Rome and an MBA from LUISS.