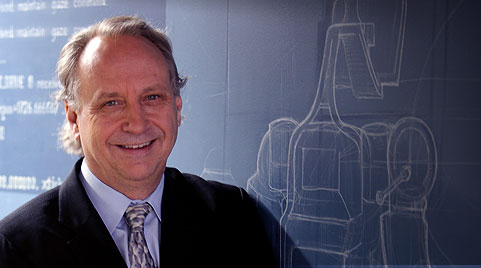 In today’s episode we speak with Rodney Brooks at the offices of Rethink Robotics about their first product Baxter, his ambition to revolutionize manufacturing and latest tips for young entrepreneurs.

Rodney Brooks built his career as Professor in robotics and former Director (1997 – 2007) of the MIT Artificial Intelligence Laboratory and then the MIT Computer Science & Artificial Intelligence Laboratory (CSAIL). In the 1980s, he revolutionized the field of robotics by introducing the idea that the world is its own best model, and that to be robust, robots should react to their environment (behavior-based robotics) rather than rely on complex models of the world. From this research in behavior-based robotics, Brooks then studied human-robot interactions with former graduate students, now well known researchers, such as Cynthia Breazeal and Maja Mataric. He is also a Founder, former Board Member (1990 – 2011) and former CTO (1990 – 2008) of iRobot.

In 2008, Brooks founded Rethink Robotics, a Boston-based company aimed at revolutionizing manufacturing and reducing offshoring by making low-cost robots that can easily be taught to help with different tasks on the work-floor by everyday employees. Their first product “Baxter” has five cameras and two arms, each with 7 degrees of freedom, a payload of 5 kg and equipped with interchangeable manipulators.

In this interview, Brooks tells us about his vision for manufacturing and the design decisions that were taken to address challenges such as vision, manipulation, and human-robot interactions. Businesses will need to “rethink” their idea of automation before embracing adaptable, compliant and human-like robots rather than typical assembly-line super-performers.