10. Focus Focus Focus. When I started at Willow Garage, we had two projects (an autonomous car and an autonomous boat) and were planning to grow to 60 people, and I thought we needed to “round out the portfolio.” WRONG. Well, kind of wrong… the third project, the personal robot, ended up being the one we focused on. But it was absolutely the right thing to do to focus.

9. Market First – What Does It Do? Willow Garage produced the PR2 robot, a $400K two-armed, mobile manipulator that was capable of doing all kinds of things. We programmed it to play pool, to deliver a beer from the fridge, and delivered it to researchers who made it do tons more. But that question “what does it do” was always hard to answer. The real answer was that it enabled researchers to advance robotics, but that’s not the answer someone asking “what does it do” was looking for.

8. “Research Market” is an Oxymoron. Lots of startups have focused their marketing efforts on the academic research market. It’s attractive, because the customers are just like us. They have a little money, so you get paying early adopters. But it’s very difficult for companies to jump to a “real market” after starting this way.

7. Home vs. Factory is a false dichotomy. There is more to the world than just homes and factories. There is a whole service industry in the middle, with hospitals, restaurants, hotels, elder care facilities, offices, that is virtually untouched by robotic hands – hundreds of billions of dollars of market opportunity, virtually untapped.

6. $400K is too much for a service robot. Not always too much for a robot – “too much” depends on use, and certainly there are space robots or special-purpose robots that would be worth much more. But the robot has to provide more value than it costs, and $400K is a lot of cost.

5. The Press Loves Robots. Robots capture our imagination, and this cuts both ways. It’s easier to get attention for a humanoid robot than it is for much other technology, but the history of robots in movies and stories sometimes raises unrealistic expectations.

4. Less is More. The statement “build the minimum viable product (MVP)” is very true – any extra features add cost, complexity, and risk. This is well known, but so tempting that it’s worth repeating, as a mantra, about once every couple of days in a startup.

3. Perfect autonomy is not necessary. A service robot is part of a system that is designed to do some work, and it is fair game to augment the environment or have a human in the loop as long as the overall cost is acceptable.

1. Simple is Hard… and worth it. A successful venture will try to simplify everything: the use of the product, the adoption curve, the sales process, etc. Nest is a beautiful example of taking common technology and making it easy on the outside in spite of the complexity on the inside.

This post was originally published at Savioke, and presented at the Silicon Valley Robotics Investor Forum in Palo Alto, with an obvious homage to David Letterman. 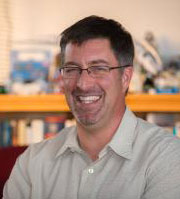 Steve Cousins is CEO of Savioke and formerly was CEO and President of Willow Garage.

Steve Cousins is CEO of Savioke and formerly was CEO and President of Willow Garage.