From drinking straws to robots At the beginning of the decade, George Whitesides helped rewrite the rules of what a machine could be with the development of biologically inspired “soft robots.” Now he’s poised to rewrite them again, with help from some plastic drinking straws.

Inspired by arthropod insects and spiders, Whitesides and Alex Nemiroski, a former postdoctoral fellow in Whitesides’ Harvard lab, have created a type of semi-soft robot capable of standing and walking. The team also created a robotic water strider capable of pushing itself along the liquid surface. The robots are described in a recently published paper in the journal Soft Robotics.

Unlike earlier generations of soft robots, which could stand and awkwardly walk by inflating air chambers in their bodies, the new robots are designed to be far nimbler. Though real-world applications are still far off, the researchers hope the robots eventually could be used in search operations following natural disasters or in conflict zones.

“If you look around the world, there are a lot of things, like spiders and insects, that are very agile,” said Whitesides, the Woodford L. and Ann A. Flowers University Professor at Harvard. “They can move rapidly, climb on various items, and are able to do things that large, hard robots can’t do because of their weight and form factor. They are among the most versatile organisms on the planet. The question was, how can we build something like that?”

The answer, Nemiroski said, came in the form of your average drinking straw.

“This all started with an observation that George made, that polypropylene tubes have an excellent strength-to-weight ratio. That opened the door to creating something that has more structural support than purely soft robots have,” he said. “That was the building block, and then we took inspiration from arthropods to figure out how to make a joint and how to use the tubes as an exoskeleton. From there it was a question of how far can your imagination go? Once you have a Lego brick, what kind of castle can you build with it?”

What they built, he said, is a surprisingly simple joint.

Whitesides and Nemiroski began by cutting a notch in the straws, allowing them to bend. The scientists then inserted short lengths of tubing which, when inflated, would force the joints to extend. A rubber tendon attached on either side would then cause the joint to retract when the tubing deflated.

Armed with that simple concept, the team built a one-legged robot capable of crawling, and moved up in complexity as they added a second and then a third leg, allowing the robot to stand on its own.

“With every new level of systems complexity, we would have to go back to the original joint and make modifications to make it capable of exerting more force or to be able to support the weight of larger robots,” Nemiroski said. “Eventually, when we graduated to six- or eight-legged arthrobots, making them walk became a challenge from a programming perspective. For example, we looked at the way ants and spiders sequence the motion of their limbs and then tried to figure out whether aspects of these motions were applicable to what we were doing or whether we’d need to develop our own type of walking tailored to these specific types of joints.”

While Nemiroski and colleagues were able to control simple robots by hand, using syringes, they turned to computers to control the sequencing of their limbs as the designs increased in complexity.

“We put together a microcontroller run by Arduino that uses valves and a central compressor,” he said. “That allowed us the freedom to evolve their gait rapidly.”

“A spider has the ability to modulate the speed at which it extends and contracts its joints to carefully time which limbs are moving forward or backward at any moment,” Nemiroski said. “But in our case, the joints’ motion is binary due to the simplicity of our valving system. Either you switch the valve to the pressure source to inflate the balloon in the joint, and thus extend the limb, or you switch the valve to atmosphere to deflate the joint and thus retract the limb. So in the case of the eight-legged robot, we had to develop our own gait compatible with the binary motion of our joints. I’m sure it’s not a brand-new gait, but we could not duplicate precisely how a spider moves for this robot.”

Developing a system that can fine-tune the speed of actuation of the legs, Nemiroski said, would be a useful goal for future research, and would require programmable control over the flow rate supplied to each joint.

“We hit that limitation in the system, which I’m actually pretty proud of, because it means we pushed it to its absolute limit,” he said. “We took the basic concept and asked how far can we go before we would have to make radical alterations to how these limbs work, and we found that limit at the eight-legged robot. We were able to make it walk, but if you wanted to make it walk faster, or to add more limbs — for example, to support a load — you would have to start rethinking the system from the ground up.”

Though it may be years before the robots find their way into real-world applications, Whitesides believes the techniques used in their development — particularly the use of everyday, off-the-shelf materials — can point the way toward future innovations.

“I don’t see any reason to reinvent wheels,” he said. “If you look at drinking straws, they can make them at, effectively, zero cost and with great strength, so why not use them? These are academic prototypes, so they’re very light weight, but it would be fairly easy to imagine building these with a lightweight structural polymer that could hold a substantial weight.”

“What’s really attractive here is the simplicity,” added Nemiroski. “This is something George has been championing for some time, and something I grew to appreciate deeply while I was in his lab. For all the complexity of movement and structural integrity we get out of these robots, they’re remarkably simple in terms of construction and control. Using a single, easy-to-find material and a single concept for an actuator, we could achieve complex, multidimensional motion.”

This research was supported with funding from the U.S. Department of Energy, DARPA, the Natural Sciences and Engineering Research Council of Canada, the National Science Foundation, the Swedish Research Council, and the Wyss Institute for Biologically Inspired Engineering at Harvard University. 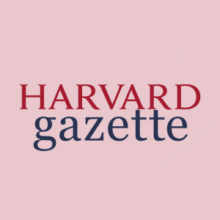 Harvard Gazette is the official news Website of Harvard University...

Harvard Gazette is the official news Website of Harvard University...