Towards using Micro and Nano Robots in the Human Body, with Peer Fischer 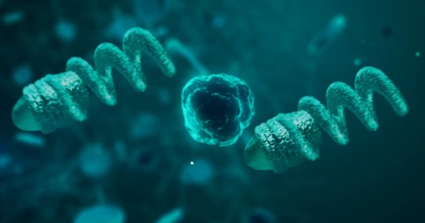 In this episode, Marwa ElDiwiny interview Peer Fisher, a Professor of Physical Chemistry at the University of Stuttgart and the Director of the Micro Nano and Molecular Systems Lab at the Max Planck Institute for Intelligent Systems.  Fischer discusses micro robots that has been designed to move inside of environments similar to the human body called, “micro swimmers.”  He talks about how they are fabricated, powered, and how they can move with light or “nano propellers.”  Fischer also discusses simulating human tissue and the future of micro and nano robots, including how they could be a replacement for certain surgeries.

Peer Fischer is a Professor of Physical Chemistry at the University of Stuttgart and he heads the independent Micro Nano and Molecular Systems Lab at the Max Planck Institute for Intelligent Systems in Stuttgart.

He received a BSc. degree in Physics from Imperial College London and a Ph.D. from the University of Cambridge. He was a NATO (DAAD) Postdoctoral Fellow at Cornell University, before joining the Rowland Institute at Harvard. At Harvard he held a Rowland Fellowship and directed an interdisciplinary research lab for five years. In 2009 he received an Attract Award from the Fraunhofer Society which led him to set up a photonics lab at the Fraunhofer Institute for Physical Measurement Techniques in Freiburg. In 2011 he moved his lab to the Max Planck Institute for Intelligent Systems in Stuttgart, and since 2013 he is a Professor at the University of Stuttgart.