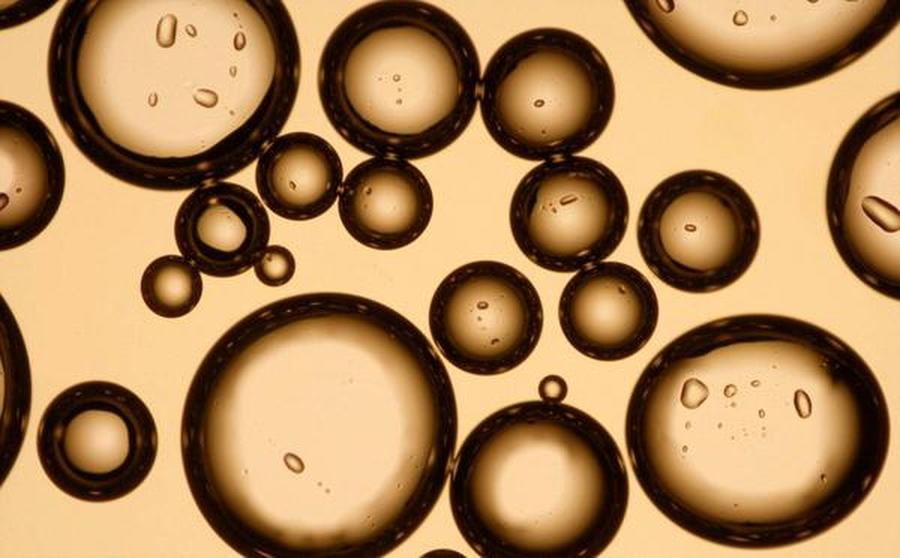 In this interview, Audrow Nash talks to two teams from Mobile Microrobotics Challenge at the 2015 International Conference for Robotics and Automation (ICRA).

Audrow Nash:  And I am speaking to a team from …

Audrow Nash:  Would you introduce yourself?

Leanne King:  My name is Leanne, I’m a senior Electrical Engineering student at Manoa. I’m joined by Edward and Caralyn. Edward just graduated and Caralyn is also is a senior.

Audrow Nash:  Would you tell me a bit about the Challenge, the Mobility Challenge?

Leanne King:  The Mobility Challenge was where you had to autonomously traverse three different shapes: a rectangle a triangle and a circle as quickly and accurately as possible. Teams were judged based on time, how big a robot you had and accuracy; how many landmarks you hit on the field.

Audrow Nash:  First, what are these robots?

Leanne King:  Microrobotics could be anything really. Most teams use magnetic dust and electromagnetics to control it. Our team uses bubbles. We generate our bubbles using lasers.

Audrow Nash:  You generate the bubble using a laser?

Audrow Nash:  How does that work?

Leanne King: When you heat oil to a certain point, it creates differences in the surface tension. The thermal changes create surface tension in certain areas at the laser point that then generates a bubble.

Leanne King:  Yeah, so then we can control that bubble using the same principle. The bubble wants to go to the laser.

Audrow Nash: Changing the surface tension of the area around it moves the bubble?

Audrow Nash:  Interesting. And so you direct the laser around these shapes and that’s how you control where the bubble goes for these challenges?

Leanne King:  Yes, we pick certain points, like critical points. For example, a triangle has three vertices, we pick those three points and then the computer finds a solution for those lines and the laser just steps through them.

Audrow Nash: Is there a vision system? How are you looking at what this bubble does?

Leanne King:  We have a camera looking thorough a microscope objective lens and that’s really it. We connected it to a computer and that’s how you see …

Audrow Nash:  And you select the points manually, where you want it to go?

Leanne King:  Yes, we pick our points. We were working on a visual system, using a camera, but it’s a little less reliable because our fields get dirty. So we decided to do it manually.

Audrow Nash:  What are some of the major challenges with this?

Leanne King:  Of our personal major challenges, our laser strength is very critical. If we don’t have a strong enough laser, or enough of a focused laser, the bubble won’t generate or we won’t be able to move it efficiently. The scale of the competition, because it’s on a micro scale …

Audrow Nash:  Can you relate the scale to something?

Leanne King:  It’s like the thickness of a hair.

Audrow Nash:  The thickness of a hair.

Leanne King:  Yeah, the robots can be no bigger than 500 micrometers, and fields, I think, are three centimeters long. The entire course is 3 centimeters. It’s pretty small.

Audrow Nash:  What are some future applications of this kind of research?

Leanne King:  We’ve been doing some research into what this can be used for. Right now this is kind of a proof of concept thing that we can do something so small and move objects around with other small objects. Some research is already being done in the medical field where you can move particles in packets of medicine through a body with micro-robots. That will give us better precision and quicker recovery time or healing processes, and things like that. It has a lot of medical applications so far.

Audrow Nash:  Are there applications outside of the medical field?

Leanne King:  If you were able to create a system that can be put onto, for example, the BP oil spill, it can move those micro-particles and clean up the spill without humans needing to be in the water. If you move the micro-particles quickly, it will be able to clean it a little bit more efficiently.

Audrow Nash:  How do you feel about the competition so far?

Leanne King:  We’re enjoying it, we’re enjoying ourselves. Yesterday we did very well in the autonomous portion of the contest; we were one of only two teams to complete the challenge. That secures us first or second place, depending on how well we did compared to the other team. Today, we had some problems moving triangles in the mobility challenge, but we know what happened, what went wrong and how to fix it. So we’ll be back next year.

Leanne King:  No, thank you.

Audrow Nash: Would you tell me who you are?

Ioan Alexandru Ivan: I’m Alex Ioan, I’m an assistant professor at the University of Timișoara, which is located next to the capital city of Bucharest, Romania.

Audrow Nash: Would you tell me a bit about the Microassembly Challenge?

Ioan Alexandru Ivan: The Microassembly Challenge consists of pushing very small triangular objects, roughly the size of a human hair, into a very narrow channel of less than a millimeter in diameter. To be precise, it’s 750 microns, 0.75 of a millimeter. The winning team is the one that can insert the most triangular objects into this channel in two minutes.

There are several actuation principles involved, namely electromagnetics – these microrobotic devices are not tethered. This means that you cannot wire them; they should be operated wirelessly.

Audrow Nash: Yes, and so you control them with magnetic forces?

Audrow Nash: Can you tell me a bit about your setup that uses magnetic forces?

Ioan Alexandru Ivan: We use a set of four coils as you can see here. We have an arena, in the middle region, and inside we have the microrobotic agent that is a neodymium micro magnet of around 220 micrometers, each side.

Audrow Nash: What I’m looking at is a series of… there are four coils here?

Audrow Nash: And the coils, their cylinders in the top part are facing the neodymium magnet, correct? That’s in the center of all four coils, it kind of looks like a plus sign.

Audrow Nash:  What does the neodymium magnet do?

Ioan Alexandru Ivan:  The neodymium magnet is the magnetic agent. It will respond to the magnetic field generated by the coils.

Audrow Nash:  So, the neodymium magnet – is that what you’re moving?

Audrow Nash:  The coils that are in the plus shape, you put a current through them and this generates a magnetic field that moves the neodymium magnet – that’s the small microrobot that you’re moving. And it’s moving on a X-Y plane.

Ioan Alexandru Ivan:  And rotation: X-Y-R. They’re also doing 5D [indicating another group] so they also do Z, they have a much more complex setup.

Audrow Nash:  So one of the groups behind us does depth as well.

Ioan Alexandru Ivan:  Yeah, definitely you should ask them questions. However, we focused on integration, as you can see we have an all-inclusive device, all integrated.

Ioan Alexandru Ivan:  We have the smallest of the most compact ones and it’s very low cost. It’s based on open source technology. Here, you can see the Raspberry Pi …

Audrow Nash:  So you have a Raspberry Pi with a touch screen?

Ioan Alexandru Ivan:  Yeah, we developed a sort of shield for this one. We would like, eventually, to advertise it on Kickstarter or something like that.

Audrow Nash:  That would be cool.

Ioan Alexandru Ivan:  So we intend to further develop this product. It can help a lot for teaching, for instance. You can teach actuation principles, you can teach image processing, you can teach control systems.

Audrow Nash: It’s a nice little package for it.

Audrow Nash: I agree. So, going back to the competition, you’re moving this neodymium magnet and it is pushing around these little triangles to try to put them together or put them against the wall. How did the competition go?

Ioan Alexandru Ivan: Quite well. Many competing teams were able to insert triangles and we also managed several. Right now, we’re having a small issue with one of the rules because they …

Audrow Nash: If the triangles go on to the borders.

Ioan Alexandru Ivan:  If it goes out of bounds. In bounds, the ruling is a little bit fuzzy.

Ioan Alexandru Ivan:  But we still managed to insert around five or six triangles in the two- minute window.

Audrow Nash:  And so, what are some of the applications of this technology?

Ioan Alexandru Ivan:  Well, the main application could be biomedical. For instance, this type of task simulates pushing objects or medicine, drugs, into blood vessels or noninvasive surgery. One day, robotic agents with some cancer treatment drugs will be driven through the body to the tumor, and they will locally deliver chemo static medicines. I think this field will really grow; microrobotics develops more and more as the technology advances towards nanotechnology, micro-technology. This has huge potential for the future.

Audrow Nash:  What about microassembly, actually building very small robots or something else, does this technology encompass that as well?

Audrow Nash:  What can we do with these small things?

Ioan Alexandru Ivan: We could build 3D micro systems, 3D MEMS (Micro-Electro-Mechanical Systems), besides the medical applications. Presently, MEMS are based on planar technology but, in the future, for further integration, some parts of the MEMS could be assembled in 3D to build, for instance, more integrated actuators, more lab-on-a-chip integrated devices that are not possible today. This could also be a way forward for more integrated applications.

Audrow Nash:  Would this be similar to how they are now layering transistors for more space, rather than just moving along one plane?

Ioan Alexandru Ivan:  Well, I don’t know. Probably one day we’ll have extremely small devices based on this technology. They could be, for instance, taken by microrobotic manipulators and placed inside very small systems. The idea is to embed intelligence but we’re quite far from that stage.

Audrow Nash:  Well, not actually intelligence within the robot but in how you control it, with an external magnetic field or a laser for example, correct?

Ioan Alexandru Ivan:  Yeah, for the moment we cannot embed intelligence in a tiny robot under a millimeter. But these incremental steps will help, in the future, to develop such systems. It’s groundwork for future applications. The more we integrate, the more we are able to manipulate accurately and this will allow us to make the next generation of robots more integrated and more intelligent.