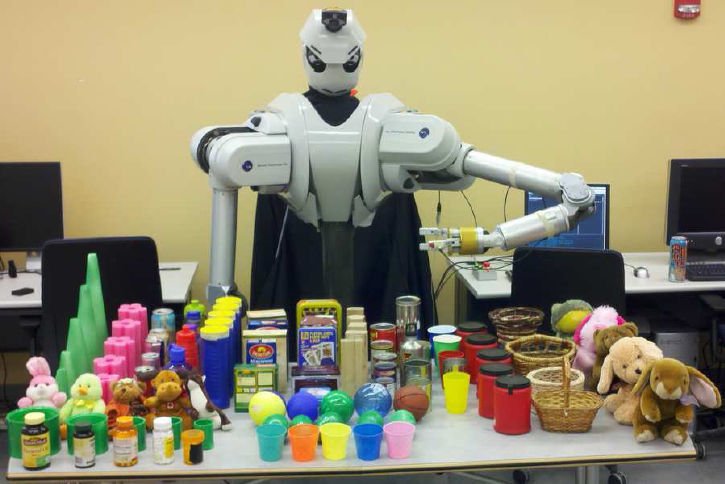 In this episode, Shihan Lu interviews Jivko Sinapov, Assistant Professor in the Computer Science Department at Tufts University, about his work on behavior-grounded multisensory perception and exploration in robotics. Dr. Sinapov discusses several perspectives on multisensory perception in robotics, including data collection, data fusion, and robot control and planning. He also shares his experience about using robotics for K-12 education. The Second Edition of the award-winning Springer Handbook of Robotics edited by Bruno Siciliano and Oussama Khatib has recently been published. The contents of the first edition have been restructured to achieve four main objectives: the enlargement of foundational topics for robotics, the enlightenment of design of various types of robotic systems, the extension of the treatment on robots moving in the environment, and the enrichment of advanced robotics applications. Crops are key for a sustainable food production and we face several challenges in crop production. First, we need to feed a growing world population. Second, our society demands high-quality foods. Third, we have to reduce the amount agrochemicals that we apply to our fields as it directly affects our ecosystem. Precision farming techniques offer a great potential to address these challenges, but we have to acquire and provide the relevant information about the field status to the farmers such that specific actions can be taken.

I’m examining the perception of autonomous cars using hypothetical scenarios. Each of the hypothetical scenarios is accompanied with an image to help illustrate the scene — using grey tones and nondescript human-like features — along with the option to listen to the question spoken out loud to fully visualise an association.

If you live in the UK, you can take this survey and help contribute to my research!

It is unclear if Masayoshi Son, Chairman of Softbank, was one of the 17 million YouTube viewers of Boston Dynamic’s Big Dog before acquiring the company for an undisclosed amount this past Thursday. What is clear is the acquisition of Boston Dynamics by Softbank is a big deal. Softbank’s humanoid robot Pepper is trading up her dainty wheels for a pair of sturdy legs.

Engineers design drones that can stay aloft for five days

In a long-awaited transaction, The New York Times Dealbook announced that SoftBank was buying Boston Dynamics from Alphabet (Google). Also included in the deal is the Japanese startup Schaft. Acquisition details were not disclosed.

Giving robots a sense of touch

What has twenty years of RoboCup taught us? In 1985, a twenty-two year old Garry Kasparov became the youngest World Chess Champion. Twelve years later, he was defeated by the only player capable of challenging the grandmaster, IBM’s Deep Blue. That same year (1997), RoboCup was formed to take on the world’s most popular game, soccer, with robots. Twenty years later, we are on the threshold of the accomplishing the biggest feat in machine intelligence, a team of fully autonomous humanoids beating human players at FIFA World Cup soccer.

EduExo: Robotic exoskeletons for everyone For decades robotic exoskeletons were the subject of science fiction novels and movies. But in recent years, exoskeleton technology has made huge progress towards reality and exciting research projects and new companies have surfaced.

On the future of human-centered robotics

Professor David Mindell, who researches the interaction between automation and human behavior, discusses the interdependence of people, robots, and infrastructure.